We all need some good music on those Chol Hamoed trips, so it’s a good time of year to stock up on some quality listening material. So, before you set off on the road, let’s take a trip through the latest releases in Jewish music! 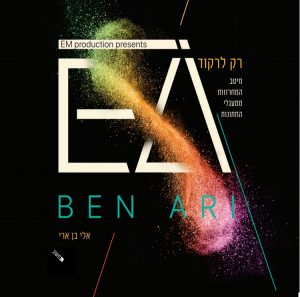 Eli Ben Ari – Rak Lirkod – Typically, when you think of Jewish singers in Brazil, the first name that comes to mind is Micha Gamerman. However, there’s a new voice in town! Eli Ben Ari has released his debut album entitled  Rak Lirkod! This album has 25 tracks with a nice exchange of songs that are currently being regularly sung within the Jewish music wedding circuit, as well as some “oldies,” which have been rearranged and have been given a dose of the contemporary to bring them up to speed. Eli’s vocals are as diverse as the song selection. Throughout the album, you will hear a nice mix of powerful vocals that are sure to bring up the level of excitement at any simchah! I’m sure that we’ll be hearing much more from Eli Ben Ari as time goes on! 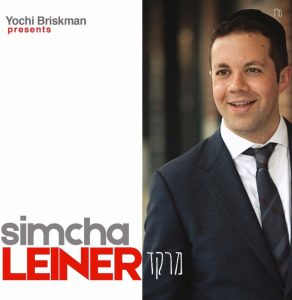 Simcha Leiner – Merakeid – Ok, let’s take a poll! Who here is a fan of Simcha Leiner? I can feel the hands going up in the air as I write this. When a performer has the perfect combination of vocal ability and energy, there’s no doubt that he’ll release amazing music every time! Simcha has outdone himself again on his new album Merakeid. This album features 10 new songs from a list of talented composers and arranged by the best of the best! If you haven’t seen it already, go check out Simcha’s newly released music video for “Na’avor,” because if you like Simcha already, just wait until you’ve seen him on a camel! 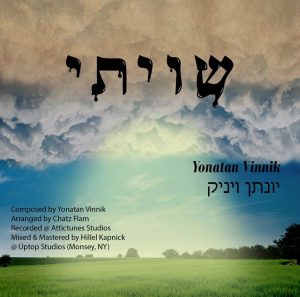 Yonatan Vinnik – Shivisi – Yonatan is a newcomer to the Jewish music world, but is entering with a splash! I had the opportunity to hear (and work on) his debut single entitled “Shivisi,” which was composed by Yonatan himself and was arranged by budding arranger Chatz Flam. This track doesn’t just give over a positive message, but does it in a way that is sure to give chizuk and keep you dancing at the same time! Keep an eye (and ear) out for Yonatan’s future work! 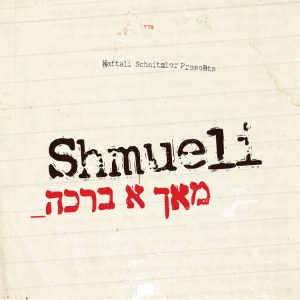 Shmueli Ungar – Mach a Bracha – It’s not every day that a new vocalist has his songs played at weddings almost immediately after releasing his debut album. Shmueli is a prime example of someone who has accomplished that. After the huge success of his first album, comes the follow-up album Mach a Bracha. This album was produced by the super talented Naftali Schnitzler and includes 13 tracks in a number of various styles. There’s no doubt that you’ll soon be hearing a number of these songs on the wedding scene! 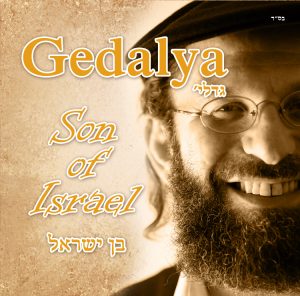 Gedalya – Son of Israel – Every so often we come across an artist in the Jewish music world who focuses on songs with English lyrics. Prime examples would be Aryeh Kunstler and 8th Day. Gedalya is no different with his own unique flavor. Gedalya’s new album Son of Israel features a whopping 18 tracks with lyrics that will move and inspire you. While some albums are arranged with symphony orchestras, Gedalya shows us that you can touch the heart with just a piano, and a vocalist who means what he sings.

Asher Bara – Gobbie Cohn – Gobbie Cohn released two singles, the most recent of which was the track “Refaeinu” featuring the Zemiros Group. I am excited to announce a new release from Gobbie entitled “Asher Bara,” which Gobbie himself composed for his brother’s wedding back in 2010. This track was rearranged and produced by Ruli Ezrachi. The Zemiros Group once again makes a debut on a Gobbie Cohn track and does a fantastic job enhancing his vocals. The only thing I’m hoping is that we won’t have to wait as long for the next Gobbie Cohn track to be released!

Hillel Kapnick is a Producer/Singer/Musician/DJ based in Monsey, NY. He owns and operates Uptop Recording Studios (Monsey, NY), and sings and plays at simchos with his orchestra and One Man Band regularly. Hillel can be reached for questions, comments, or bookings at hillelkaps@gmail.com or through his website @ www.HillelKAPS.com