There’s been some amazing new music released over the last little while. Today, we’ll go through some of the releases that I’ve been waiting to share with you for quite a while! 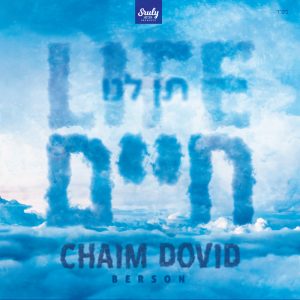 Chaim Dovid Berson – Ten Lanu Chaim – Over the last few years, I’ve realized that when an album has the involvement of Sruly Meyer, it’s sure to be off the charts in talent and creativity. This album is no different! Sruly has outdone himself on this album with Chaim Dovid Berson, whose talent until now has been showcased in the chazzanus realm. Featuring songs composed by superstar composers such Yoeli Dikman, Elimelech Blumstein, Yitzy Waldner and with arrangers such as Ian Freitor, Tzvi Blumenfeld, and the Yitzy Berry / Eli Klein duo there’s more than enough talent involved throughout this album to keep you listening again and again! 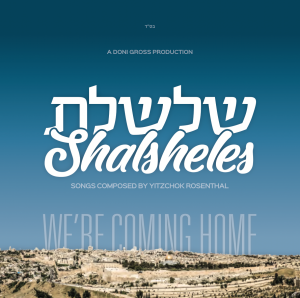 Shalsheles – Coming Home – As a longtime fan of Shalsheles, I have been waiting patiently for a new release. I am excited to announce that that day has finally come! This album was produced by the multi-talented Doni Gross. I had the opportunity to hear Shalsheles perform some of the songs off the new album at the HASC concert, and there’s no doubt that they’ve still got it! I highly recommend you get your copy of this new album before they sell out. 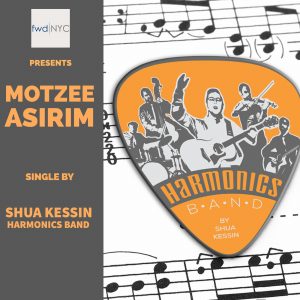 Shua Kessin – Motzee Asirim – Following the release of Shalom Mordechai Rubashkin, Jews from all over the world were caught up in a frenzy of celebrations. Jews came together to sing and dance upon hearing the amazing news of the release. While some express their joy with dancing, there are many musicians and singers who expressed their feelings through song, and that is exactly what happened with this track. Shua Kessin, after hearing the news, composed this song to express his emotions and has released it to be shared with the rest of the world. This track was produced by Shmuli Rosenberg and features some amazing work on the violin by Pesach Nestlebaum. 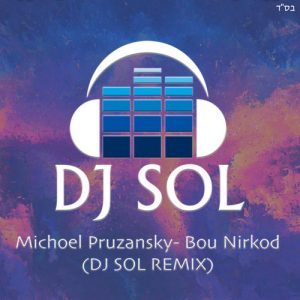 DJ Sol – Bou Nirkod Remix – If you’ve been listening to Michoel Pruzansky’s most recent album Shootin For The Moon and you can’t get enough of it (like me!), get ready to take it to the next level. DJ Sol recently released a remix of the track “Bou Nirkod” off the album that is sure to give you more music to dance to with the amazing vocals of Michoel Pruzansky. 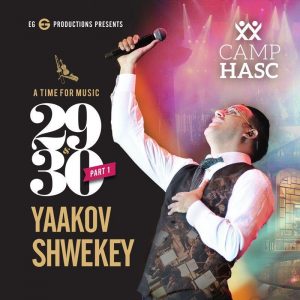 HASC – A Time for Music 29 & 30 Part 1 – We’ve all been waiting for HASC to release the CD’s and DVD’s from the last two years and now we finally have something to tide us over! Part 1 of A Time For Music 29 & 30 features the amazing performances of Yaakov Shwekey including the hits that have made the rounds through the Jewish wedding scene as well as some original material. This album also features a brand new song composed by Eli Gerstner that has never before been performed. Based on the energy on this album, I can’t wait until Part 2 comes out!

Hillel Kapnick is a Producer/Singer/Musician/DJ based in Monsey, NY. He owns and operates Uptop Recording Studios (Monsey, NY), and sings and plays at simchos with his orchestra and one man band regularly. Hillel can be reached for questions, comments, or bookings at hillelkaps@gmail.com or through his website @ www.HillelKAPS.com