1/27 – Mr. and Mrs. Moshe Meir and Chaya Michaeli on the Pidyon HaBen of a grandson! Also to the parents Mr. and Mrs. Mordechai and Yocheved Mitnick! 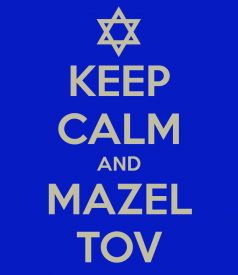