Jews throughout the world are mourning the seeming untimely petirah of Rabbi Zechariah Wallerstein, z”l, expert mechanech. For almost four decades, Rabbi Wallerstein touched the lives of thousands of boys and young ladies, first at the Yeshiva of Crown Heights in Mill Basin and later as the founder and director of Ohr Naava and its related institutions. A sought-after speaker and lecturer by groups across the spectrum of the Jewish community, Rabbi Wallerstein was often the last hope for students. When yeshivos and Bais Yaakov schools had students they couldn’t help, they would ask Rabbi Wallerstein to use his special kochos to connect with the troubled students, often with much success.

The annual Torah Vodaath dinner was held at The Palace on May 22, included tributes to the graduating classes of 1972 and 1997. The dinner featured the inauguration of the new Camp Torah Vodaas in Kingston, NY. It also featured the formal dedication of Bais Chaim Yisroel, named in honor of Rabbi Belsky, and a presentation recognizing the kiddush Hashem of the yeshivah’s eighth grade talmidim. Among the honorees were Rabbi and Mrs. Simcha Goldstein, Rabbi and Mrs. Berel Leiner, Dr. and Mrs. Shimshy Fireworker, Mr. and Mrs. Avrumi Lieberman, Mr. and Mrs. Gadi Fuchs, and Rabbi and Mrs. Yitzchok Dov Tannenbaum. Mr. Tzali Stern served as dinner chairman.

The Met Council, in conjunction with the Shalom Task Force and the UJA Federation of New York, sponsored “A Night to Reunite: Strengthening Shalom Bayis,” on Tuesday, May 17 at Community Board 12. The evening included insights from Rabbi Benzion Shafier, Rabbi Dr. Benzion Twerski, Esther Teitelbaum LMSW, and Faye Wilbur LCSW-R. 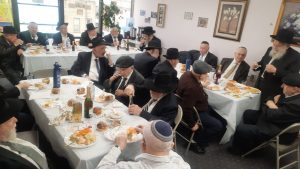 Following the success of its women’s group, Nachas Health launched a new men’s group for Holocaust survivors on Monday, May 2, Rosh Chodesh Sivan. Nearly 30 survivors joined for chizuk and connection, enjoying a seudah cooked by the Nachas staff. Shloime Dachs provided musical entertainment, and Rabbi Chaim Blau, also a survivor, addressed the group with words of inspiration. The men’s group will be held every month on Rosh Chodesh. Nachas Health thanks to the Claims Conference for  partially funding their social events.

The 2022 Annual Spring Tea of the Flatbush Satmar Bikur Cholim was held at Ateres Chynka to pay tribute to the volunteers who provide chizuk to those in our communities who need medical care in local hospitals. This year’s guests of honor were Rebetzin Malky Weinfeld and Rebetzin Bassy Rabinovich. Physician of the Year awards were presented to Dr. Jack Choueka and Dr. Devorah Segal.

Every year, the Kingsway Jewish Center honors the memory of Israeli soldiers who fell in the line of duty in protecting the Jewish state. This year the special guest was Sasson “Sassy” Reuven who was born in K’far Saba Israel in 1954 and is a veteran of the Israel Defense Forces. He joined the IDF in 1973,  the day of the Yom Kippur War ceasefire. and volunteered to serve in the IDF’s elite Red Beret Paratrooper 890 unit. He has participated in several covert operations in Israel’s mighty struggle with those who seek to destroy her and the Jewish people. The focus of his inspiring talk was about his participation in Operation Thunderbolt, a counter-terrorist hostage-rescue mission carried out by commandos of the Israel Defense Forces at Entebbe Airport in Uganda, considered by many the greatest hostage rescue in history. He has traveled around the world making presentations describing his experiences in rescuing and freeing 106 Jewish hostages held at great risk by terrorists in Entebbe, Uganda.

State Senator Simcha Felder recently presented Devorah Levinson, director of the Eating Disorder Division at Relief Resources, with a New York State Senate proclamation in honor of her fourteenth year of leading the battle against eating disorders in the Orthodox Jewish community. Senator Felder has praised Mrs. Levinson as “a tireless advocate” who “has amassed an arsenal of culturally sensitive treatment options” and has “recently adapted an evidence-based program creating an effective alternative for religious schools to reduce risk factors with early intervention.” He declared, “Full recovery from eating disorders is possible with the right intervention.”

A special reception was held for the Amud Aish Holocaust Memorial Museum at the Kleinman Residence in Lawrence on May 24 with a buffet dinner, wine tasting, and special video presentation. Rabbi Yaakov Bender served as guest speaker. Mrs. Itu Lustig, a Holocaust survivor, shared her story, and Joey Newcomb provided musical entertainment. The Amud Aish Memorial Museum is a living memorial to all the victims of the Holocaust. The museum’s mission is to present the victim experience, with special emphasis on the perspectives of observant Jewish communities.

After a two year break due to the pandemic, the most significant real estate conference for the Jewish community in the New York metropolitan area, the JCON Real Estate Summit, is finally back on the calendar.  On Tuesday, July 12th,  hundreds of early stage brokers, syndicators and developers will have the opportunity to meet and network with top industry leaders and gain insider information through their seminars and lectures.  The event will also offer opportunities for breakaway sessions. Attendees will have the opportunity to hear from mentors such as Steven Vegh, president of Westwood Realty Associates, Shimon Eisikowics, executive vice president at Crossriver Bank, and Emmanuel Klein, co-founder of The Fountain Group.  A lavish buffet will be served as well.  This event is for men and women.  For vendor and sponsorship information, please email Mushky Mendelson at Mushky@jccmp.org or call 718-407-1832. 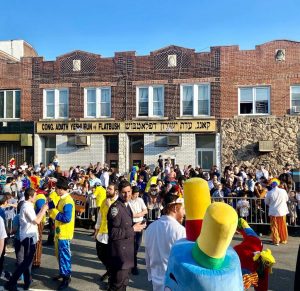 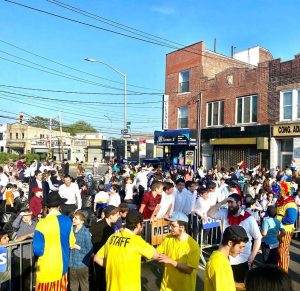 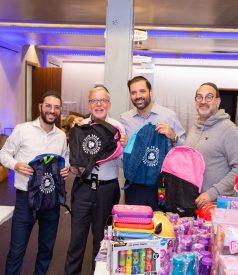 WORDS ON THE STREET