When they give you your handbook for being a parent, one of the key pieces of information (aside from the minimum daily requirement of embarrassing your children whenever you open your mouth) is that your job includes acting as a snooze button. “Time to wake up sweetie,” is invariably responded to with, “Ten more minutes, please!” Well, that’s not always the response. Sometimes it’s, “Nooooooo!” or “I’m not going.” But the “come back soon” is a common refrain.

One morning, my daughter asked, “Please rub my back for two minutes.” Now, I could think of three other things I could have been doing at that moment and my initial reaction was to say no. But then I caught myself and rubbed her back. True, there were other things I could be doing, but could they be done later? How important or earth-shaking were they anyway?

As I stood there, I realized that the time I gave my daughter, rubbing her back and simply loving her unconditionally, would go much farther than most other things. It would affect her self-esteem, her memories of her childhood, and probably how she will act as a mother in the future G-d-willing. My simply being there for her was one of the most important gifts I could give her, hence the title of this piece, “Chanuka Presence.”

It sounds cliché to say that the greatest gift you can give is your time, but it’s really true. You can buy things for people but if the underlying message is, “Here’s a thing to take my place” then it’s no gift at all. Historically, people said they were working to give their kids the things they didn’t have growing up, but they ended up not giving the kids what they needed most: love, time, and a sense of value. When you give your time to someone, you’re saying that there is NOTHING in the world at this moment more important than the bond between the two of us.

If you think about it, it’s so powerful. We don’t often stop and take the time to think, but Chanuka is one of those times when we do have to stop. Where else do you find a mandatory non-work period of thirty minutes? For half an hour after you light those candles, you are supposed to stop and think. Reflect on the glow not only of the flames, but of the connections and people in your life. The basic requirement is not for each person to light his own menorah, but “ner ish u’baiso,” a single, unified light for each home.

It’s a time for unity and a time for thought. Chanuka “parties” distract us from the purpose of Chanuka; that we’re supposed to build a Chanuka presence; that we are supposed to be present in each moment and appreciate the kindness and miracles of HaShem. Go and enjoy your parties, but focus on G-d, not the gelt; on the people not the presents; on your friends and not the fried foods.

It struck me that the miracle we retell was that the oil that should only have lasted one night lasted for eight nights. Even though HaShem changed the essence of the physical oil so it burned more slowly (according to some), the days and nights continued to fly by at their normal pace. Part of the lesson is that time marches on and if you don’t fill it with goodness, that moment is lost, never to be returned.

The rededication of the Mizbe’iach, the altar, was another primary facet of the miracle of Chanuka. To me, that represents a refocusing of our energies to where they can matter. The altar was a place for korbanos, things that brought us closer to HaShem, and HaShem to us. On Chanuka, we should also seek out what draws us closer and improves the important relationships in our lives, both with our Father in Heaven and His children here on Earth.

This Chanuka, let’s learn the lessons to fill each day with goodness, igniting people’s souls with love and appreciation of their own intrinsic potential for greatness, and rededicate ourselves to being present in the moment whatever we’re doing.

That will be the greatest gift of all.

Jonathan Gewirtz is an inspirational writer and speaker whose work has appeared in publications around the world.  You can find him at www.facebook.com/RabbiGewirtz, and follow him on Instagram @RabbiGewirtz or Twitter @RabbiJGewirtz. He also operates JewishSpeechWriter.com, where you can order a custom-made speech for your next special occasion.  Sign up for the Migdal Ohr, his weekly PDF Dvar Torah in English. E-mail info@JewishSpeechWriter.com and put Subscribe in the subject. 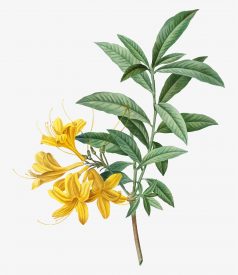 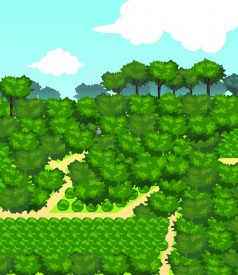 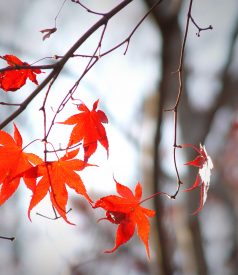 TURNING OVER AN OLD LEAF