The Evolution of Hacking

I hope that even though I’ve mentioned evolution you will continue to read. I mean, I don’t believe in the standard Theory of Evolution but I definitely believe that people and concepts can and should evolve. Today I’d like to talk about the word hack, or hacking. You’d be amazed how many definitions there are in the dictionary. The first one I found talks about replacing a row of stonework with two rows of lesser stonework. Huh? I’ve never heard of that. Maybe it’s really ancient. Or who knows? Maybe the dictionary’s computers were hacked.

Anyway, the standard definition of hacking is to cut through something with short, strong blows, like if you hack your way through a jungle with a machete. Of course, the closest most of us have ever come to that is trying to get to the carving station at a fancy wedding and there’s a bunch of people standing at the table eating so you have to keep saying ‘excuse me’ and try to elbow your way through.

You may have had a hacking cough, where a tickle in your throat leads to something that sounds like bears got into your garbage cans and have decided to take up percussion as a hobby. You know, like when you’re pretty sure pieces of semi-important internal organs are going to fly out of your mouth the next time you do it.

Then we come to the late 20th century definition of hacking, which involved computers. Thieves and techno-nerds up to no good found ways (and they still do) to break into computer networks and do all sorts of mischief from stealing credit card data and crashing bank computer systems to changing the scoreboard at the Harvard football stadium from the Harvard slogan of VER-IT-AS to HU-GE-EGO.

Flash forward to the 21st century where hacks are little tricks that are supposed to make your life easier. There are life hacks for making spaghetti not stick to the pot and hacks for putting duvets into cases. You’ll find ideas on making ice cubes out of juice so you don’t water down your next cocktail and peeling potatoes with a toilet brush and a power drill (yes, that’s a real one.)

Basically anything that achieves a desired goal in a way that requires less effort or avoids a certain problem is called a hack. When my daughter had her wisdom teeth out and needed pain medicine before she could go wash her hands in the morning, I looked around for something near her bed she could use to clean her fingers in order to make a bracha. A posek had suggested keeping Purell on my night table for just such a mid-night drink requirement. I found nothing there until I realized that the icebag she was using had melted. I opened it, she stuck in her fingers, and got them clean. She couldn’t do actual Netilas Yadaim, or Tevilas Yadaim, but she was able to clean them enough to make the bracha. She told her friend, “You just missed a cool Jewish hack!” referring to the idea of using the melted ice to enable her to take her drink.

These “hacks” are nothing new. Cholent is a hack that enables us to eat hot food on Shabbos without cooking that day. Gefilte fish is another, bypassing the problem of removing bones on Shabbos. Filters on computers and smartphones are hacks as well, enabling us to avoid many of the pitfalls an unfiltered device might lead to. Hey! Maybe that’s why the fish is ge-filtered! OK, I know. I’m a writer not a comedian. Let’s move on.

I think we can combine the ideas of evolving as people and developing life hacks. You see, anything that makes a task easier is a life hack.  We’ve broken down the difficulties and gotten to the root of the issue which lets us move forward. When we incorporate them into our lives, we’re changed individuals. No longer are we doing the same things the same way.

I suggest that we begin to hack our behavior. Not just by avoiding shellfish or wearing Tzitzis or a shaitel, though those are important too, but by finding ways of changing ourselves for the better. Want to control your Lashon Hara? Maybe choose a time that you don’t speak on the phone. Better yet, try to find NICE things to say about others.

Are you anxious or worried? Focus on building your Emuna and Bitachon. That will change who you are and help you evolve into a better, happier, and more level-headed individual with a sense of purpose.

Do you find yourself tempted by things you shouldn’t do? Tell yourself that if you don’t give in to them Hashem will bless you in other ways: financially, familially or otherwise. Use whatever tools you can to retrain yourself and you will not just have discovered a life hack, but you will have hacked your life and changed it forever. Just remember that once isn’t enough. You have to keep taking short, swift jabs at it because, let’s face it – it’s a jungle out there. 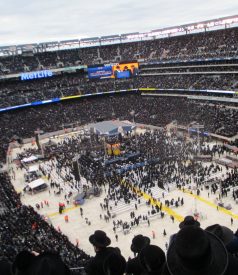 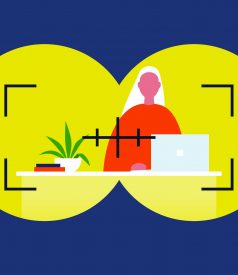 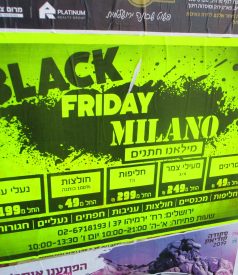