A Solid[ago] Good-bye to This Year’s Goldenrod 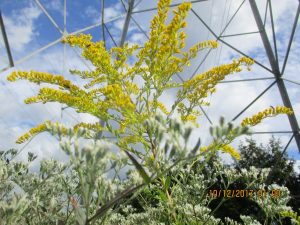 What’s that again? What’s a “solidago” good-bye to, of all things, goldenrod? Didn’t I mean “a solid good-bye”? (And anyway, why “good-bye”?)

Well, there are some seventy-seven native species of the genus Solidago, or goldenrod (including the one species known as silver-rod — or white goldenrod [Solidago bicolor], a professional photograph of which I have included in this article). Goldenrod is one of my favorite wildflowers, not so much for its golden color as much as for its signaling the onward march of time. Maturing in July, it usually lasts into October and up to the first freeze of the season. It constantly reminds me that even though it bears such a pre-emptive message — “You’d better get moving and take advantage of what little time is left before the onset of winter” — the charming yellow wands of goldenrod, swaying gently in a late Indian-summer breeze, continually mesmerize me with their rippling golden waves of charming, miniature flowers.

Ah, goldenrod! Indeed, for years I have been searching in vain for one particular species, Sweet Goldenrod (Solidago odora), which is reputed to have anise-scented (read: “licorice-fragranced”) leavers from which a delightfully aromatic hot beverage may be made. But even if I never merit discovering this particular species, goldenrod in its various manifestations will forever be a treat for me to gaze upon, if not just to taste and smell!

Be that as it may, goldenrod provides me with the startling recognition that the final vestiges of summer will soon disappear with the coming of the first autumnal frost. My goldenrod will then also have to bid its farewell at that point in time—its last hurrah, its golden good-bye! 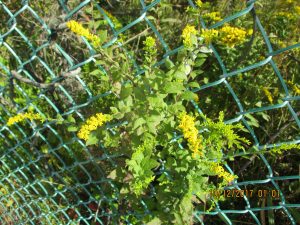 Strange word, “good-bye”: Don’t you realize that? In point of fact “good-bye” is a notrikon (contraction) of the phrase “G-d be with ye.” Such being the case, I am compelled to remember exactly Who ordained that the summer season should depart in a haze of golden glory and that the orderly progression of the seasons has been Divinely mandated since the beginning of recorded time (see Bereishis 8:22): Hakadosh Baruch Hu!

There’s no doubt about it: As we contemplate our farewell to goldenrod, we would do well to remember—and lavishly praise—the Author of all the beauty in the universe, including not only just the loveliness of the late-summer goldenrod but also the xanthophyll -and anthocyanin-induced yellows and reds of the soon-to-be-dropping autumn leaves, as well as the incredibly, individually diverse patterns exhibited by every tiny flake of the first freshly fallen snows of the fall season. How comforting! How awe-inspiring! How wonderful!

Questions or comments? These may be sent to me at hillyarm@yeshivanet.com.  A great winter, dear readers! 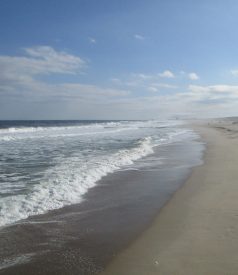 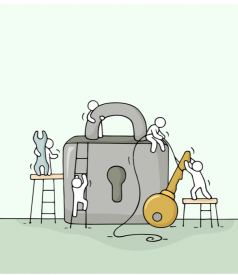 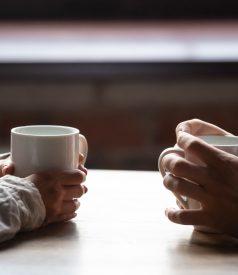