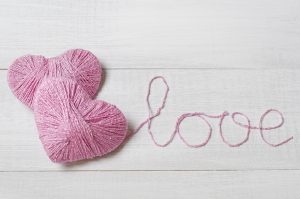 Bobby Leah, my mother’s mother, is not one of those little old ladies that make you smile when you see her.

She’s straight-backed and her mouth usually forms a grim line. She’s no-nonsense in just about every way, and has never once told me I’m beautiful. But despite her lack of warm-and-fuzzy, I visit her just about every week without fail, allowing her to offer me tea biscuits from a small china plate she’s prepared for me on her doily-topped coffee table and listening to her complaints of the day while her aide dozes off on an armchair across the room.

Although I think Bobby appreciates my visits, there are times when, I must admit, I am less than enthusiastic to go.

Today is one of those times.

Last week, you see, I brought her a present. A Chanukah gift. Now I know that Bobby Leah always finds a reason to grumble, and that she’s never been a happy recipient of gifts. She has told me on more than one occasion that if she needs something she’ll buy it, and if she hasn’t bought it, she doesn’t need it. My mother is the same way, albeit a bit more gracious and definitely thankful on the occasions when I do present her with something. (Where I come from is anyone’s guess, but that’s another story.)

But anyway, this time I was sure I hit the nail on the head. Cantankerous, lonely Bobby was going to just love  this. Because I made it for her.

One of Bobby’s chief grievances about today’s generation (read: me) is that none of us knows how to create things with our hands. We can’t sew. We can’t knit. We don’t even needlepoint. Bobby’s mother taught her that a girl must always have something to do, and so whenever she sat she always worked on some craft or other. My mother never had the opportunity to teach me that since my teachers have always made sure that all my sitting time is taken up with homework.

So when Bobby voiced her displeasure about the subject a few months ago and followed that up with a complaint about the chill that always creeps in through her front window (mind you, this was during the summer), I decided to do something.

I knitted her a scarf.

Sure, it was easier said than done, and I almost gave up about thirty times, but with my mother’s help I learned to wield those frightening knitting needles and make some simple stitches. And though it looked far from professional, and it had taken me about six times longer than it was meant to take, the finished product was quite presentable. It almost looked nice. If you squinted. And anyway, it was definitely warm and soft.

Bobby would be proud, I thought as I hiked over to her apartment last week. Maybe I’d even get a smile.

What was I thinking?

Bobby sure didn’t smile after she tore open the dreidel gift wrap and accepted my Chanukah wishes. She didn’t look even a drop satisfied that I took the initiative to learn something she had rallied about for just about as long as I could remember. She did not thank me for laboring to produce something she could wear that would help take away the chill.

Instead she said, “A scarf? You think I’m going out to make a snowman?”

And then she did the unthinkable. She offered it to her aide, who thankfully declined and instead came over to drape the scarf around Bobby’s neck. Where it actually looked quite nice.

At least I think so. It was hard to see through the tears I tried to blink back.

I stuck it out there for the next hour as was my weekly habit, pretending to listen to Bobby’s running commentary while wishing it was time to go.

I didn’t mean to tell my mother about Bobby’s reaction because I knew it would hurt her, but when I returned home and the first thing she said was, “So? Did Bobby like it?” the whole story just tumbled out.

To remedy that, when I was finished, I shrugged, forced a smile, and said, “But that’s just Bobby. Right?”

My mother didn’t buy it.

Instead, she gave me a hug. Then she told me a story. “You know, when I was about ten years old, I wanted to do something special for Bobby. At the time I was getting an allowance, some small change every week – I don’t remember the exact amount. Remember Mr. Katz’s store, the one on the corner of East 12 Street? He sold just about everything, and there was a pretty little flowered tea cup and matching plate that I was sure Bobby would love. I thought it was exactly the type of thing she could use to drink her coffee in the morning, something that would make her feel like a lady since she always complained about how hard she worked.

Well, I saved up all those coins. It took me a long time – maybe longer than it took you to knit that scarf. And I bought the tea cup, carefully wrapping it in colorful paper I’d saved in my drawer for the occasion.”

My mother looked at me. “You can guess the rest,” she said. “I gave Bobby that cup, and do you know what she said? ‘A tea cup? What do I need with a tea cup? I drink coffee, not tea.’ That was the first and last gift I bought her in all my childhood.”

“Wow,” I said, not knowing what else to say, trying to picture my mother as an eager-to-please young girl.

“But you know what,” she continued after a moment. “When we moved her out of that big old house into her new apartment I was packing the things in her nightstand. And there it was. The tea cup. With the colored paper folded neatly beside it. She never used it, but she never gave it away. She saved it for all those years.”

My mother sighed. “Bobby’s a complicated person. She’s had a hard life. And maybe that’s why she comes across as so gruff. But I know she appreciates your visits, and I know that in her own way she’s touched by your gift.” She thinks for a moment, then adds, “But I know it’s hard for you, so if you don’t want to keep going that’s okay.”

Well, you can certainly bet that I didn’t want to go back. In fact, I was relieved when Bobby missed our family Chanukah party the next night due to a cold she claimed was keeping her in bed. But when today rolled around, the day of my weekly visit, I kept picturing Bobby looking out the window waiting for me.

So here I am, on my way to Bobby, trying to pump myself up for the visit, reminding myself that this lonely old woman is my grandmother, not some stranger. I won’t be put off by the gift fiasco.

I walk up her path and I see the curtain flutter. That’s how I know that I was right, she has been looking out for me.

Bobby is sitting in her usual recliner.

“It’s so cold,” she says without greeting, “that even this scarf doesn’t do much.”

I help myself to a tea biscuit and agree that yes, it is cold outside.

It could be, I reflect, that a lot of people – my therapist sister-in-law, for example – would tell me to stop doing this. That I’m a glutton for punishment, signing myself up for complaints and ingratitude. But I know that’s not what this is. This is the mother of my mother, a person who needs attention and love and patience, even if she has a hard time demonstrating her affection in the ways we’d expect. This is a woman who may have tried to give away my scarf but who used to come every day to show my mother the right way to care for newborn me. The woman who can hardly walk but who makes sure there is a plate of biscuits waiting for me every time I come.

And by coming here week after week, I’m teaching her that she is loved and valued, despite her flaws. I’m teaching myself that family is not about what we get but about what we can give. That the bonds that tie us are stronger than our perceived hurts and slights.

I think about that as I take a seat on the sofa facing Bobby.

Then I slip off my booties, make myself comfortable, and listen to her talk. 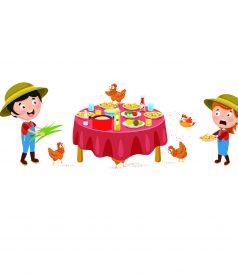 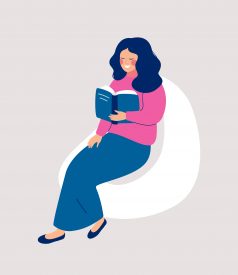 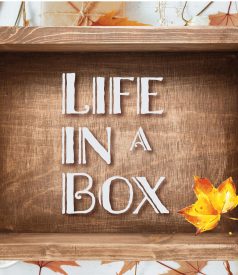