I loved the snow.

Yes, that’s right. I used the past tense for a reason.

When you’re a kid, there’s one thing you look forward to at the beginning of the winter (at least if you live on the East Coast, like I do) and that is a good snow day. Or snow days if you get really lucky. I mean, what could be more exciting than waking up to that jarring morning alarm only to find out that school is cancelled?  Now, you have an entire day stretching ahead of you filled with the promise of snowball fights and hot chocolate.

It really felt like heaven last Monday night when we found out that school would be closed the next day because of an impending blizzard. I had been sitting at the kitchen table with my friend Baila poring over my halachah notes while she pretended to pay attention.

“Baila, come on” I said. “You need to focus. We still have science, and math, and…I don’t even know what else. Let me check.”

I opened my notepad while Baila got up and lifted the window shade.

“There is no blizzard,” I said with a sigh. “Can we please get back to work?”

But as I plugged away with my work and Baila continued to goof off, the storm outside began to brew. By the time we took a break and glanced out the window an hour later, large white flakes had begun to fall, coating the ground in soft white powder.

“It’s snowing!” My little sister Miri had joined us at the window and she could hardly contain her glee.

“They’re predicting 18 inches by tomorrow,” my mother announced. “I think they really may cancel school this time.”

There had not been much accumulation, but the forecasts were ominous by the time we got the calls that school had been cancelled.

Baila and I decided to celebrate with a sleepover.

“So, here’s the plan,” Baila said excitedly as I searched for the Mad Libs. “We sleep late, then we bake those hot pretzels Penina told me about, then we –“

“Wait a minute,” I cut in. “I’m fine with the sleeping in, but I want to be outside tomorrow. In the snow. I love the snow.”

“Okaaay,” said Baila doubtfully. “If you say so. I’ve pretty much outgrown that stage, but whatever you want.”

The next morning dawned brightly as the snow continued to fall in steady, white gusts.

By the time Baila and I were bundled and ready to go, Miri and Yitzi had departed to their friends down the block. My mother had decided to make the treck to her office a couple of blocks away, in the hopes of getting some work done, and my father planned to spend the day in shul.

“Call me if you need anything!” Ma hollered as she made her way down the front path. YItzi had attempted to shovel it an hour before, but you couldn’t tell anymore.

Baila and I lingered over some hot cocoa as we discussed just how long we’d stay outdoors and what we’d do once we’d had enough.

Then we put on our boots and ran outside.

I’m cringing now as I remember the pile of stuff we left in the house – scarves, earmuffs, extra socks – stuff my mother had prepared for us before leaving.

You know where this is going, right?

About 10 minutes after we found our way into the blissfully white backyard, we decided that maybe we should go back in and get some more gear. It was cold.

The front door was locked.

Normally, we only lock our front door using a special combination lock, but it seemed to have jammed. And the bottom lock had somehow managed to close as well.

We went back to the yard.

The back door was locked.

I had no phone.

“Don’t worry!” I shouted above the gusts that blew white mist onto our red faces. “We’ll go to the neighbors and call my mother!”

Miri and Yitzi were probably at the end of the block, but instead of going there, we brilliantly decided to walk to Baila’s house instead.

“It’s only three blocks away,” Baila pointed out. “And we can hang out there. It’ll be fun!”

On the way there, I discovered that my boots were not quite snow-proof. And my down coat didn’t really seem to be made of real down because why else would I be so cold?

Baila’s mother smiled when she opened the door to our frantic knocks. A worried sort of smile.

“Girls!” she said. “What are you doing out in this weather? Come in, come in. But I don’t know how warm you’ll get in here.”

That’s right. Baila’s house had no heat. Something had happened to the boiler apparently, and her parents were still waiting for the repairman to respond to their emergency call.

Their car was snowed in like everyone else’s, so they couldn’t drive us anywhere.

Her phone, at least, was working, so I called my mother, who called my father, who came home with his set of keys and opened the back door of our house.

But Baila and I were too cold to walk back. There we sat in Baila’s house, huddled under a huge stack of blankets and drinking hot chocolate, watching the repairman run in and out once he finally decided to show up.

Eventually, I knew, I’d have to walk back home in my soaking wet boots and not-warm-enough coat. But for now, I just sat there.

And I did walk home a little bit later, accompanied by Baila and her mother who graciously offered to make the trek right along with me, and I sure did freeze once again.

When I walked through the front door, Miri came running over. “Can you read this to me?”

“I need a little time,” I answered, flinging off my coat, but not before I noticed the title: Snow White.

“And Miri,” I added. “Choose a different book. I don’t want to see snow for a loooong time!” 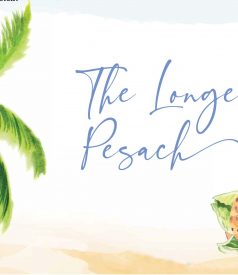 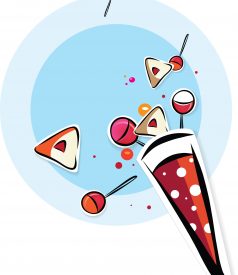