I love Tu BiShvat. I love the little celebration of fruits and trees smack in middle of the winter, just as we feel the full force of its snowiest and coldest storms. A lot of my friends don’t pay much attention to it, and they don’t really get why I think it’s a big deal, why I bring nosh for the whole class each year. I’ve never explained it to them – it’s way too personal. But I’ll explain it to you.

A few years ago, we moved from the quiet, pretty city where I was born to the big, bustling one we live in now. I was very excited. The move was prompted by my father’s promotion. Instead of working at a small branch of the company, he’d have his own office in a tall skyscraper in one of the busiest cities in the world. Our new house would be smaller than the one we’d lived in until now, my parents said, but it would be newer – and on a block with almost exclusively frum neighbors.

I’ll never forget how excited I was when the moving truck came.

And I’ll never forget what it felt like when we pulled up to our new home for the first time.

Disappointed is not the word.

First off, the house was much, much smaller than I’d imagined.

There were a bunch of boys around my age playing basketball in the driveway next door, and when we got out of the car and looked around, they all stared.

Not one of them said a word.

“Maybe they’re shy,” my mother offered, when she saw the look on my face.

“Maybe they’re busy,” she said that first Erev Shabbos, when not one neighbor stopped by with a cake or even a hello.

“Maybe we should move back,” I said on Shabbos afternoon watching from the living room window as the boys played.

“Yes, maybe we should,” offered my sister from her place on the couch, where she sat reading a book. It was the first time I’d ever seen her crack open a book that wasn’t assigned reading.

If I thought school would be better, I had another thing coming.

Sure, the boys were curious and friendly, and they even invited me to join their games during recess. But after school, when they walked home, I trailed behind. Alone.

“These things take time,” said my father that night. He yawned. He still wasn’t used to the commute nor to the longer hours.

Since I had no friends to distract me, I threw myself into my studies. Sometimes, boys would ask me for the answer to a question, and sometimes they would call me to ask about the homework. And sometimes, if I hung around my neighbor’s driveway long enough, they’d grudgingly allow me to play.

Months passed, months of long school days and lonely weekends, months of studying and reading during recess. I no longer walked home alone, but I also was not quite in the center of things. I was more on the fringe.

One day, Rebbi called me aside during recess.

“Do you miss your old school?”

I shrugged again. But Rebbi would not give up.

“Who are your friends?” he asked.

I shrugged a third time, but this time I could not blink back the tears fast enough. This was getting embarrassing.

“Look out there,” Rebbi said, pointing out the window. Was he trying to distract me? “You see that tree?”

I looked at him kind of funny, but I nodded.

“What you see is a bare tree with no leaves. Soon it will probably be covered in snow. And just when things start to really freeze, when that tree looks like it won’t survive the winter, we’ll celebrate it. On Tu BiShvat. Did you ever think about how strange that is?”

I just looked at him. This was not the conversation I’d expected.

“But you know what,” Rebbi continued, “it’s not actually strange. Because under that hard, frozen earth, things are happening. Roots are growing. The tree is getting ready to blossom. So really, it’s the perfect time to celebrate.” He smiled at me. “Chaim, you are like that tree. You are also putting down roots, in a new place, with new people. It’s not something anyone can see on the outside, but that’s what happening. It may take months, but you will blossom, too. You just have to give it time.”

Rebbi spoke some more, suggested some boys that he felt I should try to spend more time with, and then the recess bell rang. He gave me an encouraging pat on the back and we returned to our seats.

One day, my English teacher invited me to read my essay on Chanukah aloud to the class. That night, three different boys asked if I wanted to study on the phone with them for the next day’s test.

A week or so later, I scored the winning point during the basketball game at afternoon recess. The next day, I was picked first for the team. And the day after that my neighbor invited me to come play in his basement on Shabbos afternoon.

Under the earth, roots were spreading.

By the time winter vacation arrived, I was walking home with the boys, discussing our plans and complaining about why the girls had so much more time off than we did.

And by the time school started again, I was able to walk into the classroom without being attacked by a pack of butterflies in my stomach.

“Tu BiShvat is tomorrow night,” my mother announced some time later, as I walked through the front door of our home. She was standing in the kitchen. Our neighbor from two doors down was standing next to her and they were working on some kind of dough.

“Mommy,” I said. “I want to make a little Tu BiShvat party for my class. Nothing major, just some dried fruits and maybe some nosh that I can get from the corner grocery and bring to school. Is that ok?”

“Sure,” she responded. “As long as you stick to the amount of money I give you.”
When I walked into school on Tu BiShvat with treats for the whole class, they were all surprised.

But not Rebbi. He positively beamed.

We’ve celebrated a few more Tu BiShvats since then. I still bring in treats for my class. And as I do, I pass the window and take a good look at the trees outside, remembering a boy who once stood alone. 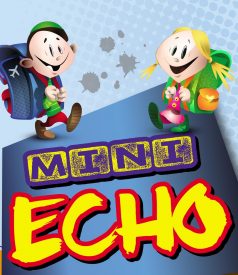