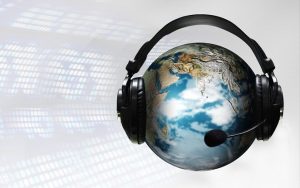 Estonia recently commemorated the rebirth of their flourishing Jewish community by marking the tenth-anniversary celebration of the Jewish Community Center in Tallinn, the first Jewish establishment built in Estonia since the Holocaust. Estonian President Kersti Kaljulaid told the attendees, “The Tallinn Synagogue tells the story of the fate of its Jewish community. The history of the local community, like the history of our country itself, is one of tragedy and revival.” The synagogue is a symbol of freedom especially considering the fact that until a decade ago Estonia was the only country in Europe without a synagogue. 75 years ago, at the Wannsee Conference, Estonia was the first country to be declared Judenfrei (free of Jews). Even after the war, Jews were not allowed to return to their homes under the strict Communist leadership. With the help and guidance of Rabbi Shmuel Kot, the country’s spiritual leader, Jewish life has resumed within the last ten years. Many Jews who were cut off from their Jewish heritage have returned to identify themselves as Jews. This year, Estonia and Israel mark 25 years since the establishment of diplomatic relations between the two countries.

The Lebanese government under the guidance of the Ministry of Economy and Trade has banned the new Wonder Woman movie from being aired in their country because the leading actress, Gal Gadot, who plays the superhero heroine, is Israeli and served in the IDF. A premiere of the movie was scheduled to be aired in Beirut and billboards were seen around the capital. Lebanon considers Israel an enemy and has been officially at war with Israel for over a decade and even has a law which forbids and boycotts any Israeli products from entering the country. Lebanese citizens are not allowed to travel to Israel or even have any contact with Israelis.

Sephardic Jews from more than 20 countries gathered at the 2017 Cumbre Erensya, a biennial summit in Mexico City. Erensya, which translates to heritage in Ladino, is the name of the initiative led by the Madrid-based Sefarad-Israel Center to establish a bridge between Spain and the Sephardic Diaspora. “Erensya 2017 will look at the Jewish presence in Mexico during colonial times and the emergence of its institutional life until the present day. It also will allow the exchange of relevant experiences in the Sephardic world,” reported the Enlance Judio news website. The event includes visits to Mexico’s oldest synagogues and other Jewish sites. The event was coordinated by the Latin American Sephardic Federation. Former meetings took place in Spain, Turkey and Bulgaria. Mexico is home to some 50,000 Jews, Latin America’s third largest Jewish community after Argentina and Brazil.

There may not be a Jewish community in Saudia Arabia, but now according to the Orthodox Union, kosher food will soon be available in the country. The organization sent two of its supervisors to inspect and certify the products of an undisclosed company manufacturing food in the region. Due to security concerns, namely the hostile relationship between many Arab countries and Jews, the two rabbis consulted with the State Department prior to their trip. The inspection was brief and the rabbis reported no issues during their visit, which lasted fewer hours than the actual flight to the destination. Rabbi Moshe Elefant, chief executive of the OU Kashrus Division, commented that this was a positive sign of the times, and a reflection of the changing geopolitical situation. “We are seeing the incredible growth of kosher supervision in the OU certifying products in 104 countries, and maybe kosher food could bring greater unity to the world. If that’s the way to bring people together then we’d love to be part of it,” he said.