Chol Hamoed is the middle period of the holiday, the days when we celebrate and observe limitations on our activities without the full rules of a Yom Tov. Are we allowed to hold a hachnasas Sefer Torah on Chol Hamoed? The welcoming of a new Torah to a synagogue is always a reason to celebrate and seems most appropriate on Chol Hamoed Sukkos, in advance of Simchas Torah. However, these celebrations usually involve writing the last few letters in the Torah scroll, which is otherwise forbidden on Chol Hamoed.

The Mishnah (Mo’ed Katan 18b) says that we may not write Torah scrolls, tefillin, and mezuzos on Chol Hamoed. It allows writing tefillin and mezuzos for your personal needs, and the Gemara allows someone to write if he needs to do so in order to earn a living. Rav Vidal of Tolosa (Maggid Mishneh, Hilchos Yom Tov 7:13) quotes Rav Aharon Ha-Levi (the Re’ah) who says that just as you are allowed to write tefillin and mezuzos for your personal needs on Chol Hamoed, you are also allowed to fix the writing in a Torah scroll for your own needs. Rav Vidal points out that the Mishnah only mentions permission for tefillin and mezuzos, implying that you may not write in a Torah scroll for your personal needs. He suggests that it is because you cannot write an entire Torah on Chol Hamoed, so therefore the writing itself is forbidden. According to the Re’ah, you would be allowed on Chol Hamoed to finish writing a Torah scroll for your own use and for that of your shul. According to the Maggid Mishneh, you are not allowed to do so.

Shulchan Aruch (Orach Chaim 545:2) permits writing a Torah scroll on Chol Hamoed, either fixing it or having multiple people write a whole Torah, only in the unique situation that the community has no other scroll. Otherwise, it is not allowed on Chol Hamoed. Rav Yechiel Michel Epstein (Aruch Ha-Shulchan, ad loc., 5) adds that this effectively forbids individuals from finishing and celebrating the completion of a Torah scroll, which people think is a mitzvah but actually is a sin! And yet, we find that Rav Moshe Sofer (Responsa Chasam Sofer, Yoreh De’ah 276) says that his personal Torah was completed on Sukkos. Rav Yosef Shaul Nathanson (quoted in Responsa She’eilas Ya’akov, no. 7) similarly says that the custom is to finish a Torah on Hashanah Rabbah.

Rav Yitzchak Shmelkes (Responsa Beis Yitzchak, Yoreh De’ah vol. 2, Kuntres Acharon no. 20) writes that the custom is to finish a Torah scroll on Chol Hamoed, although he encourages scribes to finish before the holiday. He suggests that if people want to finish the scroll on Chol Hamoed, the scribe should outline the letters before the holiday. On Chol Hamoed, people can be honored with filling in the pre-written outlines. Since this does not require skill, it is permitted on Chol Hamoed. Rav Chaim Elazar Shapiro (Minchas Elazar 3:2) argues that even filling in an outlined letter requires expertise. In fact, the scribe instructs people how to do it and watches carefully to make sure they do not ruin the letter. Therefore, it is forbidden on Chol Hamoed.

Rav Betzalel Stern (Be-Tzel Ha-Chochmah 4:50) approves the suggestion that the scribe write the letters in light ink in advance of the holiday. On Chol Hamoed, people write with black ink over the already written light letters. The Minchas Elazar (ibid.) rejects this idea because the light ink is invalid for a Torah scroll. It has to be scraped off first before writing the letter in black ink, which may not be done on Chol Hamoed.

The Be-Tzel Ha-Chochmah also argues that the scribe might be poor and need the money, which would allow the work. Additionally, the Torah scroll might be a communal need, which is allowed on Chol Hamoed. Rav Avigdor Nebenzahl (Yerushalayim Be-Mo’adeha, Chol Hamoed, pp. 370-375) rejects these leniencies. If the community needs a Torah scroll, they should finish it before the holiday. What is the likelihood that they have to finish it specifically on Chol Hamoed? How is the scribe paid more if he finishes on Chol Hamoed rather than a regular weekday? Either way, he is paid for the Torah scroll.

Sefer Chol Hamoed Ke-Hilchaso (6:24) follows the lenient authorities who permit filling in outlined letters on Chol Hamoed. Piskei Teshuvos (545:3) does likewise. However, it seems hard to justify the lenient practice of completing a Torah scroll on Chol Hamoed. Indeed, the Be-Tzel Ha-Chochmah (ibid., par. 9) says that many of those authorities who permit the practice still recommend against it. He says that since the practice fell out of use, it should not be revived. 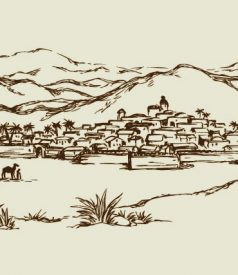 DOES TESHUVAH WORK FOR EVERYONE? 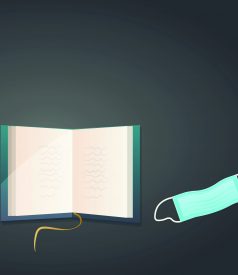 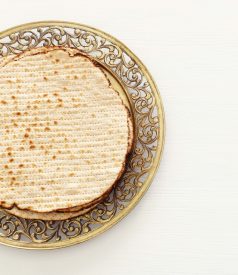