The Perks of Living in the City

New York, New York. It can be a great place to live, but lately that might be hard to acknowledge. The beautiful spring blossoms that dot our streets are poetic reminders that beauty does exist within these concrete confines. With summer approaching, it’s a good time to reembrace the positives this city has to offer – and there are many! Next time you want to open a news headline that makes you shudder, or (dare I say) next time an ad pops up for double-mask wearing in NYC, pull out this article and read it instead. Sure, you may be planning a hiatus here or there over the summer, but when it ends you will return, and this list will come in handy as a reminder of why you like it here.

Let’s start with the obvious.

Our Parks. Hey, Marine Parkers! You know this one best. After all, Marine Park is the largest public park in Brooklyn. Its breathtaking nature reserve will make you forget the traffic and deadlines – all you can see is nature at is best in every direction. Prospect Park and Central Park top the rest of our list but take some time to breathe in lesser-known parks as well, such as Valley Stream State Park, High Rock Park in Staten Island, or Highland Park, which borders Queens.

Our Food. Is there another place on Earth where the kosher consumer could possibly be happier? You want a bagel at 1 A.M? Shawarma that tastes like the one from tachanah merkazit? Dinner from a Michelin-starred chef? Coming up. Only in New York.

Our Shuls. When you’ve finished eating that 1 A.M. bagel, I’ll find you a minyan, and there’s a good chance it’s right down the block. Whether you’re an early bird, late bird, or something in between, there’s a place for you here. Whether you’re Sephardic, Ashkenazi, Chassidic, Mizrachi, Russian, Israeli, or anything else, there’s a place for you here. This is the place to be if you’re Jewish. You can try a different shul each week, and you’ll never run out of places to go.

Our schools. People who live in smaller communities love to talk about how nice it is to have just one school. Well, we should talk about how nice it is not to have just one school. It’s good to have choices – and there are so many! – that allow us to find the hashkafah, staff, student body, and overall education that suits each of our children best, without having to just enroll them in the local place because that’s all there is.

Moving along to the kids.

More independence.  Growing up in greener pastures, I never took a city bus. You’d be hard-pressed to find a kid in Brooklyn who can say that. These kids are a different breed. But they don’t always need a bus. They can walk to so many places because they’re close by – the grocery store, the ice cream store, and even school. They are quick to hop on a bike or scooter to get where they need to go. There may be less backyard, but there are always things to explore – and for city kids, the neighborhood is their backyard.

Less space. Yes, you read that right – it can be a benefit to have less space. When there’s not as much room to spread out, there’s more family time. No hiding in separate corners of the house means more interaction, more conversation, and a more happening household. While it is important that everyone has a space they can call their own, it’s not necessarily the best thing for each kid to have his or her own room. The values of sharing and minimalism, for example, are learned by default in shared spaces.

More opportunities. Whether it’s honing a talent, finding a therapist, seeing a doctor, or choosing a school, there are more options in a place like New York than you’d find in a smaller city. It’s easier to be nuanced when you’re dealing with a larger population, simply because there’s more need.

Our shopping. I mean, people come here from all over the world just to shop. And you live here! You don’t even need to buy everything – I mean, anything. Even window shopping on streets like Fifth Avenue is an enthralling activity here in New York.

Our neighbors. I don’t know your next-door neighbors, and you don’t know mine, but here we are all neighbors. Yes, it’s a big place, and there are blocks where people don’t all know each other, but there is  something to be said for living in a community with so many other people. You may at times feel isolated, just as people do at times anywhere in the world, but the moment someone needs something, there are people there waiting to help.

If this list makes obvious points, well, good for you. That means you don’t need any reminders about why NYC is where you want to be. As for me, I had to squeeze past three double-parked cars, got stuck behind a garbage truck, and circled for parking for a good fifteen minutes just so I could begin my day. So I’d say I need to reread this article right now. 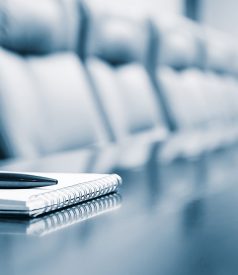 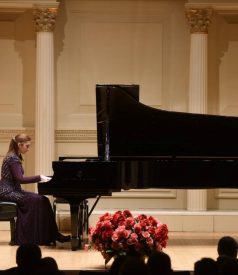 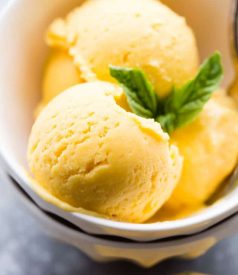