MAKE ME A MATCH

Chaya Lipschutz, the self-dubbed “kidney shadchan,” has another title you may be unaware of.

When Rabbi Chaim Ephraim Simon emailed Chaya in 2012, he wrote, “I’d do partial liver donation if the need ever comes up.”

He didn’t make that offer lightly.

In 2014, Rabbi Silver sent Chaya another email. “Are there any hospitals in NYC that would accept me as a partial liver donor?”

“Don’t forget about me,” Chaya read in yet another email from him. “I still want to do this!”

Rabbi Simon was not just some stranger to Chaya; he was a kidney donor. In 2009 the Chabad rabbi of Teaneck, New Jersey and father of nine donated his kidney to a father of 10 from the Satmar community.

Kidney donation does come with some possible risks, although approximately 16,000 transplants are performed each year.  For donors, those risks are far outweighed by the benefit of saving another human life. For Rabbi Silver, it was not enough to save a life just once.  He wanted to do it again. And because he obviously couldn’t donate his remaining kidney, he knew there was another part of his body he could offer: his liver.

Chaya Lipschutz was the right person to contact in his altruistic quest. She is the only one, as far as she knows, who facilitates liver matches.

This particular match was not an easy one to arrange. “Most hospitals will not allow someone to donate twice,” she says. “And some will not allow donation to a stranger.” It took time until she found a hospital willing to perform the transplant from Rabbi Silver to a liver patient in need, the Cleveland Clinic. But once the testing date was set up at the Clinic, the patient backed out. Chaya found another patient in need, and Rabbi Silver went ahead with the testing. A transplant date was set up. Then, that patient backed out. Chaya posted on some online groups that she had a donor tested and ready to donate if there was anyone in need registered with the Cleveland Clinic. This time, she found out about Adam Levitz, a 44-year-old father of three whose liver was failing.

The setbacks weren’t over when Adam’s insurance denied coverage. Miraculously (because these kinds of requests can take months, if not longer), Adam was approved within a few weeks.

And Chaya Lipschutz? Well, she’s moved right along in her efforts to help as many people as she can, through as many channels as possible.

Free of charge, of course.

Just who is Chaya Lipschutz, and what is the name of her organization?

For starters, there is no organization. Chaya calls it her “project” and her team consists of just one person: herself. All she has is a simple website, KidneyMitzvah.com, and she is the only one involved. She takes no money for anything she does, and despite extensive coverage in the press (you may have read about Rabbi Simon’s donation in the New York Post, the Washington Times, or the Miami Herald, among others), she is somewhat camera-shy and extremely humble about her efforts.  She’s turned down the Today Show and once nixed an article that she felt shed negative light on kidney donation. She doesn’t accept interview requests unless she feels they will further her cause.

Chaya doesn’t know the exact number of transplants she’s facilitated, but there have been “many” in the years since 2005 when she donated her own kidney.

“After the donation, I was so happy to have saved a life,” she recalls, “but I was so sad at the same time about all the people that I wasn’t able to help who were still on waiting lists. I wanted to help them all.”

Chaya’s dream was to raise awareness and locate willing donors by setting up a booth at a Jewish Marketplace Expo taking place in Manhattan at the Jacob Javits Center that same year. Only she didn’t have the funds for it. “People told me to just stand at the door and give out flyers, but that wasn’t good enough for me,” she says. While the booth seemed like an impossible dream, Chaya wouldn’t give up. She approached Dov Hikind’s office, and Hikind was so impressed by her sincerity and drive to help others that he offered to fund the printing of her flyers. “He gave me the confidence to keep trying,” she recalls. “I will never forget that.” Ultimately, Chaya did get a sponsor for her booth, and Kidney Mitzvah became a reality.

It took her four years to launch the modest website she designed and runs herself. “When I started my project and people needed more information about donation, I’d refer them to the website of a kidney patient who was seeking a donor which had a lot of information. When that person received a transplant, the website was taken down, much to Chaya’s chagrin. “I had no experience in building a website, but I was kind of forced into it,” she says, chuckling. Chaya called Yahoo for help and posted on various online forums seeking guidance and ideas.

“I had worked for a nonprofit organization for 13 years before I started Kidney Mitzvah,” Chaya says. “That experience, as I worked my way up from being a receptionist to becoming a secretary and learning a bit about computers – gave me the skills and confidence to do what I’m doing now. It was all hashgachah that led me here.”

Anyone who knows Chaya is familiar with the way she peppers all her conversation with phrases like “it’s all Hashgachah,” and “only with Hashem’s help.”

And anyone who knew her mother, Mrs. Henny Lipschutz, a”h, knows why.

Chaya was raised in a Boro Park home that was a haven for many people from all walks of life. Her childhood home had open doors and a revolving cast of characters who accepted assistance in many forms from the Lipschutz family. The senior Mrs. Lipschutz was a member of the Chevra Kadisha. She was known to walk around collecting money for families in Israel, kallahs, and many others in need throughout her life, even when she was of advanced age. This was something she had learned from her mother, Mrs. Pesha Rubinstein, a”h, whom she used to accompany on tzedakah collecting missions as a young girl.

“Growing up, we never had much money, and it was not easy, but my mother was always wealthy with mitzvos and maasim tovim,” wrote Chaya in an article about her mother published in Hamodia. “She wasn’t a materialistic person and was always sameach b’chelkah.”

Every week during her childhood, Chaya would walk to the local supermarket with her mother to do the food shopping. On the way, her mother would regale her with divrei Torah.

“My mother spoke little but did a lot,” recalls Chaya. “She didn’t like to spend time on the phone.  She would say to ‘run away from lashon hara, like you are running away from a fire.’  And if someone happened to blurt out lashon hara,  she said one should say, “Ich Been Nisht M’kubal – I don’t believe it.”

Chaya says that her mother always felt like she did not have enough mitzvos and was constantly seeking out opportunities to perform more good deeds in every aspect of her life. “And it’s true,” Chaya reflects. “You never have enough mitzvos.”

It’s this outlook that spurs Chaya to seek out new opportunities to help others constantly. In addition to saving lives through her kidney and liver matches, Chaya launched a tzedakah fund in her mother’s memory, continuing her work by providing funds to many people in need.

The thread of kindness spans generations and encompasses the entire Lipschutz family.  You will not be surprised to know that Chaya’s brother and nephew are kidney donors as well.

Chaya’s kidney donation was set in motion by, of all things, a classified ad.

Chaya was flipping through the Jewish Press one evening when she saw an ad that read “Save a Life!” The ad sought a kidney donor for a man named Joe Shamah, and the call to action – and opportunity to save a life – spurred Chaya into motion. She underwent testing with Shamah’s hospital, but to their disappointment, she was not a match. Joe did end up finding another donor, but Chaya’s urge to save a life remained.

Chaya continued to scour the paper for ads seeking donors. In 2004, she went to Montefiore hospital for testing to determine if she was a match for any of the many patients in need of a kidney.  She was a match for one of them – and that patient ended up getting a kidney from her sister. Chaya went back to the newspaper, searching for another life to save.

This time, an ad in the Jewish Press informed her about a young mother of two who needed a kidney.  When Chaya called the number listed in the ad, the woman told her that she placed the ad at the advice of none other than…Joe Shamah!   Chaya knew that this was more than just coincidence, and in 2005 she fulfilled her dream, donating a kidney and saving the young mother’s life.

The incredible feeling, she experienced knowing that she was able to give life to another person remains with her to this day.

“It’s impossible to describe,” she says. “It’s the most incredible feeling in the world.”

With 82,000 people in the United States alone in need of a kidney, Chaya wants as many people to experience just that. “People don’t realize how easy it is,” she explains. “Life is the same with one kidney as it is with two. If that’s the case, why did Hashem create us with two kidneys? It must be so that we could donate one of them to help someone else.”

The Quest to Save a Life

Chaya’s work has been chronicled extensively in major media outlets including the New York Post, The New York Daily News, The Jerusalem Post, CBS, ABC, and Fox News.   She tells me that she fields calls almost every day from people seeking kidneys. She also fields many requests from potential kidney donors.

What about liver donors, I ask?

Liver donation is more complicated than kidney donation, Chaya explains. The testing takes longer and is more extensive. The risks are higher. The procedure is lengthier.  Recovery is slower.

That didn’t stop Chaya’s latest “shidduch” from happening. Rabbi Silver was relentless in his pursuit of finding the man who received a third of his liver. Very much the way Chaya is relentless in facilitating every possible match that is brought to her attention.

For Chaya and the growing number of altruistic individuals she connects who literally give of themselves to save others, statistics and testing are just minor details.

What matters is the mitzvah, the chance to save a life. 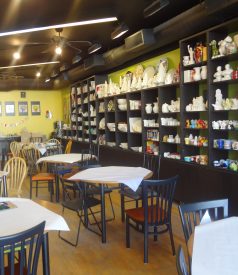 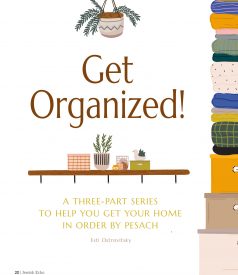 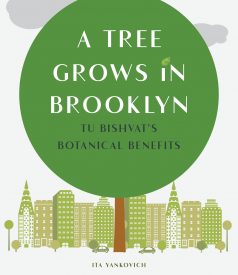