“Stop being so emotional.”

“You’re wrong. That’s not how it happened.”

Gaslighting. It sounds like a term your mechanic would use, or maybe an oven repairman. But according to the Merriam-Webster dictionary, it’s a covert type of emotional abuse in which the abuser psychologically manipulates a person to the point of questioning their own sanity. The term has gone viral as the latest therapeutic buzzword and Merriam-Webster’s Word of the Year. Peter Sokolowski, the dictionary’s editor, told the Associated Press that “gaslighting” was among the 50 most searched words in 2022.

The term “gaslighting” originated from the 1938 British play and subsequent 1944 film adaptation Gaslight, where the protagonist, a nefarious husband, slowly manipulates his wife into believing she’s going insane so he could rob her.

Today gaslighting can refer to psychological abuse between anyone in a relationship, even a professional, political, or medical one. The term has yet to be included in the Diagnostic and Statistical Manual of Mental Disorders (DSM-V), but it is commonly used in clinical settings.

Gaslighting is a type of psychological manipulation in which a person or group sows seeds of doubt in a specific individual, causing them to doubt their own memory, perception, or judgment. This can be accomplished by denying events or conversations that took place, or even manipulating evidence to support the gaslighter’s version of what occurred.

Why do they do this? Dr. Bin Goldman, a psychologist and educator treating adults and children in his practice in New York and New Jersey, says that gaslighters often seek control and power over their victims. By gaslighting they also avoid accountability or responsibility for their own actions. Another reason is insecurity. Dr. Goldman believes that people gaslight so they can avoid confrontation or to shift the blame to others. Of course, one cannot discount that gaslighting can be a symptom of deeper psychological issues such as a personality disorder or trauma. People who gaslight are typically more emotionally unavailable, withdrawn, impulsive, and lacking in self-awareness.

Dr. Goldman explains that people with narcissistic personality disorder are particularly prone to gaslighting, as they typically have grandiose personas and behave in self-absorbed ways. They also lack the ability to see things from other people’s perspectives, which makes it easy for them to dismiss their victims’ concerns and objections. But not all narcissists are clinically pathological and not all narcissistic manipulation is gaslighting.  In other words, most narcissists, when they manipulate others, are mainly concerned with themselves.

Gaslighting is more than just being manipulative, and also more harmful. The goal is to make the victim feel unstable, as if what they’re experiencing isn’t real. Gaslighters exploit the victim’s problems or weaknesses to disempower them and convince them that they’re stupid or crazy.

Living in the Fire

Life with a gaslighter is difficult, as Malky*, a woman I spoke with, knows from experience.

Malky has recently filed for divorce from her husband Yechiel* after eight years of marriage. She has a master’s degree in special education and runs a successful home business on the side. She says years of manipulation by her husband have worn her self-esteem down to the point where she second guesses every decision she make, from what to wear to work to what to make for dinner.

“He would make everything into a much bigger deal than it should have been,” Malky says. “When I would react accordingly, he would talk to me as if I was a child saying things like ‘You’re overreacting’ or ‘Stop being so emotional’ when he was the one who created the situation to begin with.”

She tells me about the time they came late to her sister-in-law’s wedding and missed the professional photos because her husband wasn’t happy with her clothing choices for the family. After spending a lot of time making sure that she and the kids were dressed to his satisfaction, Yechiel blamed her for their lateness, although it was clearly due to his delay of their departure.

There was also the time their toddler had a cold that lasted for months. Malky wanted to take him to an ENT specialist in Manhattan, but Yechiel insisted that she was just being paranoid and overprotective. Eventually, she did go, and their son was diagnosed with acute sinusitis, which required surgery. Instead of admitting he was wrong, Yechiel blamed Malky for “serving him too much dairy as a baby.”

Dina*, a recent baalas teshuvah, is a victim of gaslighting by her own mother. When Dina decided to become religious in her early 20s, her mother did not approve. “I was labeled everything from ‘crazy’ to ‘brainwashed,’” she says.

Dina describes her mother as a dominant force in her life. “My mother has always had aggressive tendencies,” Dina says, “but I never realized how bad it was until I disobeyed her by becoming frum.”  When Dina pleaded with her mother to support her new lifestyle, her mother would explain that she was saying hurtful things because she loved her and was stopping her from making a big mistake.

“Everything that was wrong in our relationship stemmed from my mother not wanting me to be frum,” Dina explains. “My mother saw my observance as rejection of her parenting, and so anything related to being frum became an issue that trickled into everything else in our lives, even things totally unrelated. “

Dina’s family once took a vacation to Florida and her mother bought her a gift: an immodest bathing suit to wear at the beach. “It was a passive-aggressive move,” Dina points out. “She knew I wouldn’t wear it and so when I put an oversized T-shirt over it, she mocked me for wearing a coverup on a hot day. She accused me of not being genuinely frum since I was not respecting my mother and appreciating her gift.”

What makes living with a gaslighter so confusing is that they are not always manipulative. They can be charismatic and frequently know how to charm their way back into your good graces.

Malky told me that after an especially intense blowup, Yechiel would compliment her excessively and be extra affectionate with her. Dina’s mother often gifts her with something expensive after she suspects that she has gone too far.

This is an insidious tactic that mental health professionals refer to as “love-bombing.”

“They do this in order to create a false sense of intimacy,” explains Dr. Goldman. Intentional changes in behavior, such as being cruel one minute and supportive the next, is classic gaslighting behavior. “This can sow confusion and doubt, making it difficult for you to trust yourself or your perceptions of reality,” he says.

Self-doubt. Anxiety. Confusion. These can all describe victims of gaslighting. Many are unaware that they are even being manipulated and accept their reality as normal.

Dina refers to herself as “mis” when describing what it feels like to be gaslighted.  She explains, “According to my mother, I was always misunderstanding, misjudging, misremembering, and misinterpreting everything.” When she lived at home, Dina was overwhelmed with feelings of guilt, which eventually led to depression.  She was constantly apologizing for things that didn’t require an apology. She felt depleted and it started to manifest in physical symptoms as well.  “I began stuttering, developing acne, and putting on weight,” she says.

Malky began to question everything about herself. It came to a point where she couldn’t make a simple decision without consulting with Yechiel first. Ironically, it was Yechiel who exposed Malky to the concept of gaslighting when he handed her a newspaper article about Donald Trump and his alleged narcissistic personality. He thought they would share a good laugh over the content, but when Malky Googled the term she had eureka moment. “I read the definition and finally had a word to identify his behavior. I recognized it instantly!”

Dr. Goldman says there a few signs that you may be a victim of gaslighting. One is intentional and dramatic changes in behavior. Deflection is another. If someone refuses to answer your questions or shifts the blame to you, it could be a sign that they are trying to control the conversation. Similarly, they may use scapegoating as a way of making you feel responsible for their actions. If someone is consistently blaming you for things that aren’t your fault, it’s likely a sign of manipulation.

Dr. Goldman says that gaslighting becomes more insidious over time. “Over time, the individual may become isolated from family and friends as they struggle to cope with the psychological effects of gaslighting. Ultimately, it can be devastating for victims who are left feeling helpless, powerless, and broken,” he says.

Dr. Goldman warns that it is easy to falsely assume that you are being gaslighted. He recommends keeping a log of conversations with the presumed gaslighter, so you can better track the interactions. Of course, speaking to a competent therapist is always a good idea. Dr. Goldman admits that it is hard for gaslighters to seek treatment since they do not think they have a problem. He explains that generally they are averse to introspection and struggle to feel empathy because they are so wrapped up in themselves; they typically are not even aware of their actions. If they do manage to seek therapy, it usually won’t be for long.

Because of their undertones of narcissism, confronting a gaslighter is very difficult. Dr. Goldman cautions that if the gaslighter feels defensive, it may drive them to speak more loudly or to stop communicating entirely, but it is important that the victim stay focused on expressing themselves. “Don’t get sucked into trying to make an impossible compromise or change yourself for the sake of keeping the relationship going. Be direct about your boundaries and needs,” he advises.

It took Malky many months of introspection to discover that there was nothing wrong with her as a wife, mother, and practitioner.  She started keeping a journal and noticed that all her entries seemed to have a running theme of self-doubt and negativity. Today, Malky has rekindled old friendships, acquired new clients, and is overall much happier. She admits that dealing with Yechiel is still a challenge, but her therapist helps guide her on how to be proactive instead of reactive to his whims.

Dina works closely with a therapist and a Rebbetzin to help navigate her relationship with her mother. She recently moved into her own apartment, which has allowed to establish boundaries and have a safe place to retreat.

“I see now that my mother will never accept my status as a baalas teshuvah and that’s okay, but what’s not okay is allowing myself to be gaslighted,” Dina says.

Top 10 Gaslighting Phrases…and How to Respond

That’s not true; I never said that… I realize you disagree with me, but this is how I recall it

I’m doing this because I love you… I understand that, but I know what’s best for me.

Why are you being so dramatic and sensitive?… My feelings are valid. I don’t appreciate you telling me that I am being too sensitive.

I was just joking! Don’t take everything so personally… I hear that your intention was to make a joke, but the impact was hurtful

That’s not what happened, this is actually what happened… I see that your perspective differs from mine, but I’m not imagining things.

You don’t really feel that way… Please don’t tell me how to feel. This is how I feel.

It’s not a big deal… To me it is. I should be allowed to explore these topics and conversations with you.

Nothing you’re saying makes sense. You’re crazy!… Name-calling is hurtful to me; I’m finding it hard to hear you when you talk like that.

(Some information obtained from Dr. Gabriella Rodriguez.. “Gaslighting: How to Recognize it and What to Say When it Happens.” Thepsychologygroup.com) 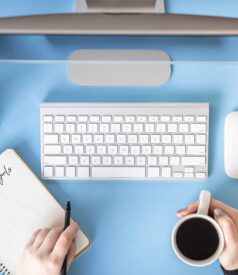 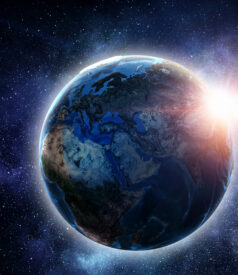 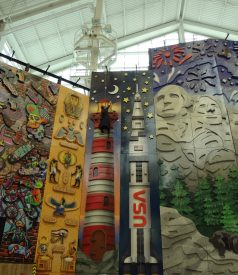