On Saturday night, December 31, members of the community gathered in Khal Ner L’Meiah to hear words of chizuk in honor of the shloshim of Rabbi Yaakov Benzion ben Rav Mordechai, “B.Z.” Weiss, z”l.  The Rav, Rabbi Baruch Goldstein, asked: What message can we take away from tonight’s program? B.Z. Weiss had an unparalleled hasmadas haTorah. One Friday night, as the Rav was walking outside in 12-degree weather, he couldn’t help but think: B.Z. would be giving shiur right now. Nothing stopped him. We can’t match B.Z., but perhaps if we, as he, would take out a sefer during the free time we have, it would be a tremendous zechus for his neshama. Rabbi Weiss was an ish kol bo: he did it all.

Rabbi Weiss’ son, Daniel, noted his father’s many titles and messages. A father is called “av” in lashon hakodesh, because an av, as Daniel stated, quoting his father, is someone who gives over the alef-beis to his children. That’s who Rabbi Weiss was. His family saw him preparing for his shiurim with mesiras nefesh, pushing forward against all odds. He would also prepare for the mitzvah of being misameach chassan and kallah while getting his family involved, thus imparting important life lessons to them. Rabbi Weiss would prepare for mitzvah tantzes by running lines for his songs past his family; he would also make these songs part of the family’s Shabbos zemiros. As an ish hakol bo, Rabbi Weiss had a lot on his plate. At the shiva, someone said that he was in awe of how Rabbi Weiss did it all: giving shiurim, staying positive and giving it his all. “Daddy felt that the other person was relying on him and that he had to give it the best.” He had a drive; he would not rest until he accomplished everything on his to-do list.

Rabbi Steve Horowitz said that amidst the grief we have to celebrate the life of B.Z., a man who had many roles: a father, trusted friend and adviser. A heimishe yid and white shoe lawyer seem to be contradictory roles, but not to B.Z. He accepted responsibility; he stepped forward and did whatever the role called for. B.Z. sacrificed of himself for others. Through his unique blend of wit, Torah and storytelling, B.Z. was a dynamic speaker. His sense of responsibility spanned across many social circles around the corner and around the globe. “B.Z. was the king of achrayos.”

Michael Seltzer recalls how during the months B.Z. was suffering from his illness, he had not seen his good friend. Someone told Michael that B.Z. would like to see him. Michael had just gotten up from shiva for his mother; how could he approach B.Z.? “I can’t see him like this.” Nevertheless, B.Z. and Michael arranged to meet on Shabbos at B.Z.’s home. Upon entering, Michael saw a glowing B.Z. “Mikey, how are you? Shalom aleichem. It’s good to see you!” B.Z. was still B.Z. He defied the laws of physics and will no doubt be a meilitz yosher to his friends and family.

After hearing all the speeches thus far, B.Z. would have said, “That’s a hard act to follow,” notes his friend, Yossie Zelmanovitz. “And as anyone who heard B.Z. speak knows, that’s an impossible act to follow.” As one of the founders of Ner L-Meiah, B.Z. Weiss fundraised for the nascent shul. Yossie was B.Z.’s partner in making the rounds to peoples’ homes. B.Z. would close the deal with a joke. We owe hakaras hatov to B.Z., remarked Rabbi Zelmanovitz, because “if not for him, we would not have a shul.”

When Ner L’Meiah started, Gabbai Moti Markowitz recalls, B.Z. Weiss expressed displeasure with the status quo of learning in shul. “You give the Daf shiur,” Moti told B.Z. This was a role, amongst many others, that B.Z. held in the shul proudly for over 14 years. The last time B.Z. was in shul, he led the kehillah in bentching Rosh Chodesh Ellul, recalls Moti. One Motzoei Shabbos, Moti texted B.Z. that he was missed in the shul: his Daf and his perspective were needed. Shabbos simply was not the same. “Refuah sheleimah; hoping you come back soon.” B.Z. promptly replied gratefully, noting that he was trying his best to get better. B.Z. tried so hard and accomplished so much in life. 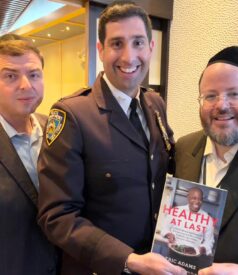 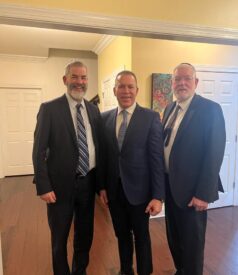