Alexander Rand LCSW-R CASAC is a licensed clinical social worker and addictions therapist. He received his master’s degree from Fordham University. He has worked in both inpatient and outpatient facilities, at various Yeshiva high schools in Brooklyn, and as an administrative supervisor for JBFCS He currently maintains a private practice in Brooklyn NY and serves as an adjunct professor at Brooklyn College and Touro College Graduate School of Social Work.
Other posts by:
Alexander Rand Follow us 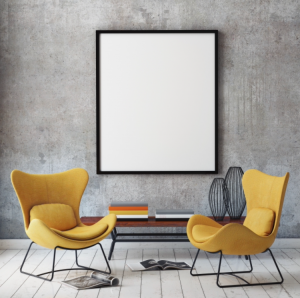 Q  I have a 14-year-old son in a mainstream Yeshiva. He came to me before the summer and confided in me that 2 of his friends had recently experimented with marijuana and offered him to try as well. While he declined then, he told me that he wants to be able to try it just like his friends and promises that he will just do it one time and then stop. I am not sure how to approach this with him. I am afraid that if I tell him no, he might do it anyway and then just not tell me and lie and maybe also not open up about other things. At the same  time how could “give permission” to my child to do something illegal and possibility dangerous?

A Thanks for the question which I am sure many parents could relate to. With marijuana slowly becoming legal across the entire U.S. (for adults) this has become a more common challenge with raising out children. There are 2 important aspects to this question that I will try to address. One is around having accurate information about marijuana including possible risks and benefits. The second and perhaps more important one is how to foster a relationship with our children where we will be able to address challenges (such as this) and create an environment where they will want to seek our advice and perspective.

Let’s start with this concept first.

The fact that your child approached you clearly indicates you have a built a safe enough relationship for him to feel comfortable coming to you and this is something to be proud of. It can be said that our primary job in parenting teens (perhaps the hardest job on the market today) consists of both guidance and limits while still giving them space to make their own choices (and mistakes) for them to learn from. So, while as a responsible parent you would not “give permission” to your child to do something unhealthy and illegal, it is vital that you recognize the possibility that he might choose to do it anyway and we want him to feel safe enough to come back and discuss it with you.  Perhaps the most effective way to allow for this is to explicitly state this idea to him. You can let him know why you think it is not a good idea for him to try it and that you would be disappointed were he to do so anyway but that you love him regardless, and would be happy to discuss it further irrespective of the choice he makes.

With regards to the first point, there is a lot to say beyond the scope of this article about the possible benefits and risks of marijuana use when it comes to adults that choose to use it (both medically and recreationally). Although, as an aside, despite what many people have been told growing up there are definite potential benefits and positive uses for it. Of course, they come with other potential risks (such as decrease in drive and passion, addiction, and being possible gateway to using other substances).

But for children and teens it is undeniably clear that risks in using marijuana are much larger. Regardless of any legalizing, there has never been a discussion about legalizing it for kids or teens. There are just too many risks that come with it. There was a study done in New Zealand where they found that teens (under 18) that regularly used marijuana suffered a decrease in IQ score (when becoming adults).  “The effect of cannabis on IQ is really confined to adolescent users,” says lead author Madeline Meier, a postdoctoral researcher at Duke University. “Our hypothesis is that we see this IQ decline in adolescence because the adolescent brain is still developing and if you introduce cannabis, it might interrupt these critical developmental processes.”

Additionally, the famous adage “you can’t teach an old dog new tricks” has its truth in people as well. We know that the younger we are the better “learners” we tend to be. This is in part because our brain is still developing and our habits and biases have not yet become “hardened” by our experiences. This makes us much more susceptible to addiction which can be viewed as a form of “super learning” for kids. Of course, teens tend to be in a stage where risk taking is common and have a harder time thinking about potential future loss vs present gains.

Some common arguments that I commonly hear from teens include the following:

( I have put my responses below)

In summary the question you raised is really an important one that many parents have to face. I hope I was able to provide some talking points and wish you luck in overcoming this and the other challenges that come  with raising teens, Good luck!