SANCTITY OF THE SYNAGOGUE

As of the writing of this article, local synagogues are closed due to risk unprecedented in our lifetime. It seems appropriate to learn about the sanctity of the synagogue, much like we learn the laws of sacrifices in lieu of their fulfillment.

The precise sanctity of a synagogue is explained by Ramban as being the same sanctity of any other item used for a mitzvah, such as a sukkah or shofar. This is a holiness that exists while the mitzvah is being performed (cited by Ran in his commentary to Rif, Megillah 8a sv. u-man de-shari). However, during times when a synagogue is neither in use nor set aside for a mitzvah it retains no sanctity. Ran (ibid.) disputes this understanding at length and instead explains that synagogues are imbued with holiness while certain key prayers are being recited, and for other times, the Sages decreed that a rabbinic sanctity be instilled into synagogues.

Rav Eliezer of Metz (Yere’im, 324), however, is of the view that synagogues always have a biblical sanctity similar to that of the Temple in Jerusalem, and therefore, the biblical obligation to fear the Temple (Leviticus 19:30) applies equally to synagogues. This is echoed by Rav Moshe of Coucy (Semag, aseh 164) and Rav Yitzchak of Corbille (Semak, 6). Significantly, commentators have deduced from Maimonides’ words (commandments at the beginning of Mishneh Torah, prohibition 65) that he is of the same view. Certainly, according to Rav Eliezer of Metz et al., the synagogue is halachically and biblically a small sanctuary (Aruch ha-Shulchan, Orach Chaim 153:4). Even according to Ran, the equation of synagogues and the Temple stands, albeit alternating between a biblical and a rabbinic level. Only according to Ramban is the equation left on the aggadic level.

The Gemara (Megillah 28a-b) quotes the Tosefta that frivolity is prohibited in a synagogue. Many see the root of this prohibition as the holiness due to its status as a “small sanctuary” (Mishnah Berurah 151:intro). Just like we are obligated to fear the holy Temple, we are similarly required to act respectfully inside its exilic counterpart.

The Mordechai (Megillah, ch. 3 no. 827) writes that the biblical prohibition against tearing down parts of the Temple also applies to a synagogue because it is a “mikdash me’at, small sanctuary.” This is agreed to by many of the scholars mentioned above and is brought down as practical halachah by Rav Moshe Isserles in his authoritative glosses to Shulchan Aruch (Orach Chaim 152:1).

In an important responsum, Rav Yosef Colon (Responsa Maharik, 161) contends that the Sages consistently equated synagogues with the Temple. He quotes the Mishnah (Megillah 28a) which states that a synagogue that is in ruins and unusable retains its sanctity because the Torah relays God’s statement, “I will make your sanctuaries desolate” (Leviticus 26:31); even in destruction they are still called sanctuaries. Similarly, the Talmud’s explains the prophetic verse “I shall become to them a small sanctuary (mikdash me’at) in the countries where they shall come” (Ezekiel 11:16) as meaning that in the times of exile the synagogue is the equivalent of the Temple.

Rav Colon further cites in Shabbos 11a where the law is stated that the synagogue must be the tallest building in a town. As a prooftext for this rule, the Talmud quotes a verse in Ezra (9:9) regarding the building of the Temple — ”To raise the house of our Lord.” Evidently, the Talmud considers verses about the Temple to be valid indicators about the proper architecture of the synagogue. Rav Colon further cites the Mordechai (Shabbos ch. 1 no. 228) who extends this equation to the holiness of the Temple, as we saw above, and then extends the concept himself to equate donations to a synagogue with donations to the Temple.

Clearly, the idea of the synagogue having the status of the Temple is more than a mere homiletic device and has extensive halachic applications. In the lands of exile our sole refuge of holiness from the mundane world is the synagogue, the sanctuary that accompanies us in our wanderings. All agree that the respect due to such a holy place demands that frivolity be prohibited in the synagogue, much as it was in the Temple. 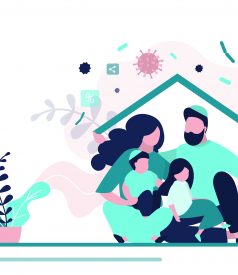 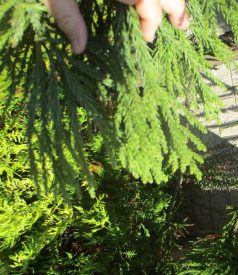 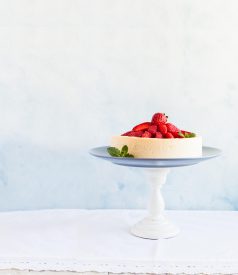