Prologue: After many years of being an Observant Jew and taking note of things, I’ve decided to kick it up a notch and make it a conscious effort to look at things that happen and try to learn from them. Thus, we launch: Operation Inspiration. Join me, you’ll be glad you did!

There’s a game that many of you have undoubtedly played at one time or another. The name for it that I grew up with was “Telephone” but in England, for example, it’s called Chinese Whispers, presumably because the words spoken may sound like another language.

Essentially, a group of children forms a line by sitting next to each other. One person thinks of a word or phrase and whispers it into the ear of the person next to them. The goal is to get the correct word out from the last listener at the end of the line, but almost invariably it has morphed and may sound nothing like the original word – and therein lies the fun.

Whether due to impatience or anxiousness, the difficulty of clearly conveying the word through a whisper, or intentional changes by some players, the end result is usually quite different from the original and is often amusing.

There is a variant of this game called “Broken Telephone” or “Rumors” in which players MUST change the word being conveyed. Then the fun is seeing just how different the phrase can be made to sound.

Either of these is a great metaphor for lashon hara and how likely it is that what you’re hearing from someone about someone else has changed dramatically from the original. It should make us very hesitant to accept things at face value since we know the communication network is flawed and fueled by the desires of people to provide juicy gossip and exciting details regardless of accuracy or halachic permissibility.

That would be a great article by itself, except that it’s too short for my task and it’s also not a one-off experience from which I learned a lesson.

However, I DID take a lesson from another “broken telephone.” One day, I received a frantic voicemail from my boss asking me to call him back and telling me, “There’s something wrong with your phone! It keeps going right to voicemail!”

Well, I knew that nothing was wrong with my phone and in fact, it was working just the way it was supposed to. I was sick and wanted to rest undisturbed, so I had turned it off for a few hours. My boss didn’t know I was sick (I don’t have to report directly to him on a daily basis), and he wanted to speak to me at that very moment. He was therefore frustrated and assumed something must be wrong with my phone because why else would I not pick up?

He didn’t know what I had in mind and didn’t think of it. He assumed something wasn’t working, because to him, there could be no other logical reason I didn’t answer him.

It made me think of how often we feel Hashem isn’t hearing us or getting our messages. We pray to him and ask for things that we absolutely must have right now, and yet He seems to ignore us! Since that isn’t a possibility, there must be some blockage impeding our words from getting through, right?

In truth, Hashem has heard us loudly and clearly. The reason we think we’re not getting through is that Hashem doesn’t immediately respond the way we want. However, everything is working just as it should. Hashem has ideas which we probably haven’t considered.

How often have we davened for something to go through and when it doesn’t work out, we are grateful later on? I have a friend who was trying to get a big job from a client but was passed over for it. However, he had a small deal with that same client, and he had to chase him down to get paid even a few hundred dollars. When he realized this, he was so glad he didn’t get the “big job” that would have cost him so much money he would never see! So, did Hashem hear his prayers? You bet He did!

A woman complained to me that she couldn’t have more children. I told her that Hashem was in charge of children and finances. She didn’t have more children though. A few years later, she’s a divorced mother of two. Can you imagine if another child or two had been born? Would that not have put more of a strain on her?

The lesson of my “broken telephone” is that when we don’t get out what we put in, it’s not because there’s something wrong. It’s because Hashem has made sure that it’s absolutely right. The line to Heaven is always in working order. The question is if we can hear what Hashem is trying to tell us.
Did you enjoy this column? Feedback is welcome and appreciated. E-mail info@JewishSpeechWriter.com to share your thoughts. You never know when you may be the lamp that enlightens someone else. 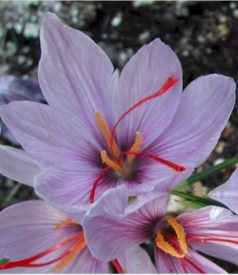 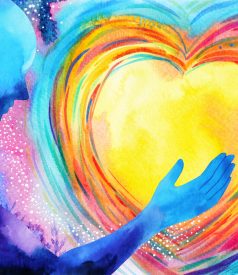 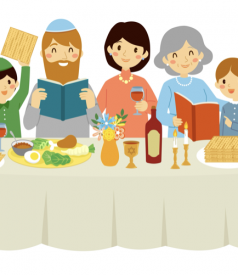