How often do we hear this phrase attached to a product and assume it has been made better in some way? We don’t necessarily ask what exactly was changed but if we have a choice, we would usually take the new item on the faith of those three words. It reminds me of the dog food manufacturer’s marketing team which suggested they add the words, “New, meatier taste!” to their labels. The owner balked. “We didn’t change anything. How could we write that?” To which his marketing guru replied, “Who’s going to taste it to see if we’re lying?”

The reason that “New and Improved” is so familiar is that manufacturers have been practicing something called, “Planned Obsolescence” for years. Let’s say you bought a cast iron frying pan. Those things last forever. How would they pan manufacturer stay in business once everyone had one? So, they introduced different coatings, sizes, and new reasons for people to upgrade.

That’s what General Motors figured out in the 1920’s, in a move they borrowed from the bicycle market. Once the market for cars was saturated, why would someone buy a new one until the old one stopped running? One way to solve the problem was by designing products that were not as durable as they could have been. They would break or begin to wear out so people would have to rebuy. Another was by creating an imagined obsolescence. To do this, GM began coming out with cosmetic and design changes each year. Suddenly, the car you bought last year was not as stylish as this year’s model. If this year they had round headlights and you had square, you were out of date!

Sometimes they introduce new features on a phased in basis. Say the research team comes up with three great innovations for safety. They could roll them all out now, but then what would they do next year? So, they introduce assisted braking this time around, but next year’s model can help you park too! Wait a minute! I need to get that! In this manner, we constantly seek out the sleeker look, modernized design or new technology and we’re never happy with what we have.

Well, not always are these changes planned. Sometimes the product is meant to last, but they discover a flaw and must make revisions. That happened to me when I bought a Shabbos lamp. There are a number of companies that sell lamps that have a shade which can be moved independently of the base so you can “shut” the light on Shabbos in a permissible manner.

I found one I liked. I like the operation, the features, and the overall design. However, I found out the hard way that there was a flaw in their otherwise lovely package. You see, when we suffered a blackout one Friday night, the lamp went off. It doesn’t have a battery backup, so that didn’t surprise me. What did make me do a double take was the fact that when the power came back on, the lamp stayed off. It had what designers call a ‘soft’ switch, instead of a hard, clickety one. The lamp’s “brain” can recognize when you turn it on, but only as long as there’s power. When the power went out, it reset, and was not in the same “on” position as would have been one with a physical on-off switch.

I mentioned this to the owner of the Judaica store where I bought it and he told me it was a known problem. Of course, it wasn’t known to me, or I wouldn’t have bought that one. A couple months later he told me they’d re-engineered the lamps and they didn’t have the problem anymore. I bought one, brought it home, and plugged it in. Then I unplugged it, waited a second, and plugged it in again. About two seconds later, it went back on. Eureka!

I wondered if I should ask for a discount on the new one because it was replacing the one that had a flaw. As I thought about it, I realized that there was no basis for a discount. They’d produced the best product they could, and when they found a problem they hadn’t anticipated, they went to work to remedy it. It wouldn’t be right to blame them.

I found that to be a very encouraging message. Why? Because we, as people, are flawed. Imagine if Hashem wanted a “refund” for us not living up to our potential over the years? R’ Saadiah Gaon famously did teshuvah every day. He explained, “When each day I learn something new about the greatness of Hashem, I realize my previous failings in serving Him properly, so I must repent.”

While a noble idea. Nowhere do we find that Hashem calls us to task for failing to live up to who we could be… until we stop trying. As long as we’re heading in the right direction, Hashem is pleased. Even if our progress is slow, He has all the time in the world. He’s patient. He understands that sometimes we need extra time to reach our destinations.

Just as the makers of the lamp thought they’d thought of everything, until they realized they hadn’t, we can sometimes believe we’ve arrived. But hopefully, my story sheds a little – ahem – light on the subject, and we can now understand that the process of changing ourselves never ends. Every day we should strive to be “New and Improved” not in “word,” but indeed. 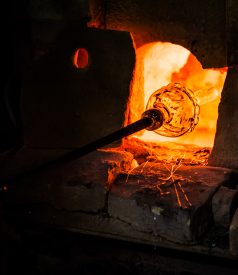 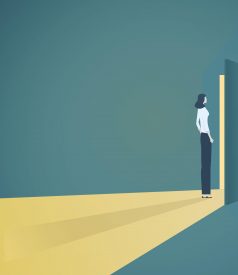 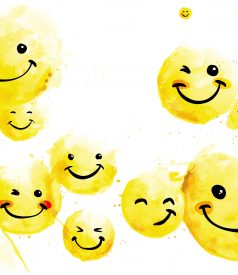