Give it a Whirl

There’s a great saying attributed to the celebrated hockey player Wayne Gretzky. He said in an interview, “You miss 100% of the shots you don’t take.” That’s the part people remember. The next line was, “Even though there’s only a 1%-5% probability of scoring.” The point was that you can lament the odds of something working, but if you don’t even try, you’re losing out on the times you would have been successful. In other words, it’s worth a shot to try.

There’s a similar expression, though it’s not quite as mathematical. Sometimes people say, “Give it a whirl.” Now, I used to think that was the call of the barker at a carnival, urging people to spin a wheel of chance or something. “It’s not hard, just give (the wheel) a spin and you might win something.” You know, nothing ventured, nothing gained? Wow! I’m just a wellspring of homespun idioms and wisdom today, aren’t I?

The truth is that “give it a whirl” is not related to carnivals or games at all. As it turns out, it probably has a less festive source. It likely refers to a flywheel, which is a wheel with a heavy rim, attached to a rotating shaft. It may be used to start a piston engine, to minimize wobble in a machine once it has started, or to collect kinetic power from the rotary motion. In early tractors, for instance, you started the engine by giving a good twist (whirl) to the flywheel. So, to give something a whirl originally was to try to start it up.

The lessons so far are key to our being successful in life. If you’re too focused on failure, you won’t be able to succeed. Giving up ahead of time will only lead to a complete failure, 100% of the time. Even the oddball chances of succeeding are gone. And that’s a terrible shame.

The Gemara tells us that a person who sits and doesn’t sin is considered to have done a mitzvah. Obviously, you must be in the situation where you might sin, but if you don’t, it’s great. Let’s say you’re trying to work on not speaking lashon hara. During a conversation you might say something wrong dozens of times, but that one time you held your tongue made you a tzaddik for that moment. It doesn’t matter that the other times you failed; that’s still a victory to be proud of. If you give up and say, “What’s the point?” then you won’t have those random, but fantastic, moments of glory.

There’s another aspect to the phrase “give it a whirl” which struck me this week. Hopefully by now, my readers understand that a big part of my writing is identifying something mundane and finding a spiritual lesson in it. I hope that through my examples, my readers will be able to find their own inspiration is seemingly simple or irrelevant items and experiences. So, here’s one – I was inspired by a smoothie.

OK, not by the smoothie itself, and it wasn’t even for me. But at home we got a new blender-like apparatus which is strong enough to liquefy all sorts of thing in seconds. So there I was, making a smoothie for my dear wife, and I marveled at the power of this machine. As I washed the receptacle, I noted that the blades at the bottom of the unit rotated but weren’t particularly sharp. I also noticed that the actual power came from the motor in the machine’s base, at the top of which was a grooved circle that looked like a gear, which in turn rotated the blades inside the blender.

(I won’t tell you the brand as I’m not a blogger or influencer who gets free stuff or paid to advertise items to their followers, but if you really want to know, you can e-mail me.)

So, when I noticed this set up, it struck me that the real power behind the foam was the spinning gear in the base, and not the metal blades which are front and center. So often we feel we can’t change the world, or we can’t accomplish great things. We may long for fame and fortune, but they escape us. But maybe we’re missing the point.

That flywheel didn’t do much on its own. You couldn’t plow with it or drive to your Bubby’s house. But it was necessary to get the engine started so you could do all those other things. Being the catalyst for movement is a valuable thing.

I know someone who wrote some books. One person who read those books became a baal teshuvah and a lecturer. He earned himself acclaim and now that author says, “Do you know Rabbi so-and-so? He is my student!” The books may not have reached as many people as the lecturer’s books, but this man knows he helped make that reach a reality and he can take pride in it.

Whoever you interact with is like the blender. They have potential for great things but often need a push. Will you decide to be the one to influence a single person and know it has value? Will you one day be able to look back and see that one of the shots you took went through the net?

I hope you will see the wisdom in making the most of whatever opportunities you’re given in life, no matter what the odds. I mean, isn’t that an important goal? 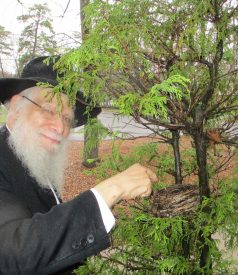 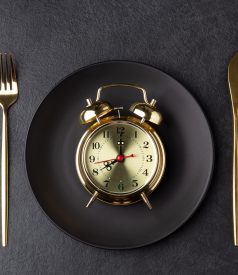