Recalling the Rose of Sharon During the Season of Our Teshuvah!

Ah, Chavatzeles Hasharon: the legendary “Rose of Sharon” of
Shir Hashirim fame (see there: 2:1). Why, haven’t I seen these flowers
almost everywhere this past summer—in Lakewood, in Marine Park, in
the Catskills? So why have I chosen to mention them at this very crucial
time of our quest for repentance? I mean, wouldn’t Pesach have been
more a more apropos time, seeing that Shir Hashirim is recited by many
people after each Pesach Seder—as well as being read publicly on
Shabbos Chol Hamoed Pesach?
Perhaps one reason is that what we call “Rose of Sharon” here in
America (Hibiscus syriacus) is really a member of the mallow family
(unlike in England) and can persevere into October—and this year Yom
Kippur falls out at the very end of September.1⃰ Forgetting for a moment
the gorgeous hues that the blooms of the American Rose of Sharon can
assume—for instance: white, pink, red, or purplish blue—the very name
“Chavatzeles Hasharon” is replete with layers of recondite symbolism.
Unfortunately, the circumscribed length of my column does not allow me
to explore the various allusions which Chazal have attributed to it.

However, there is one commentator on Shir Hashirim whom I
would like to cite here: the Tz’ror Hamor. He differentiates between a
Rose and a Rose of Sharon. Citing the Zohar, he says that the Rose of
Sharon is yarok (green or greenish yellow) tending somewhat to reddish.
Now since the color red is emblematic of sin, K’lal Yisroel (who from
earliest times have been on a very high level), even though some midas
hadin does apply- to them, are still better represented by the yarok
(greenness) of the Chavatzeles Hasharon (Rose of Sharon) than by the
odem (redness) of the Shoshana (Rose).
In other words, to paraphrase the Tz’ror Hamor, Hashem does not
have to complain so much about the Congregation of Israel, since it has
been likened to a greenish Rose of Sharon [and not to a red Rose]!
Put another way: By inspiring Shlomo Hamelech to equate B’nei
Yisroel with the Chavatzeles Hasharon, Hashem has pretty much given
us a “thumbs up” in advance—if we shall but commit ourselves to doing
proper teshuva before Him.
Wow, what a wonderful and welcome message this is at such a
critical time of the Jewish year! Indeed, how beautiful is the Rose of
Sharon and how magnificent is our Creator for allowing us to come to
Him to be thoroughly cleansed of our aveiros so that we come out of His
Heavenly judicial process smelling “as sweet as a Rose.”
Such being the case, may we all have a great, gebentched, sweet
year, my dear Marine Park readers! And after all is said and done, may
we also discover that we most assuredly rose to the heights of teshuva,
thus emulating the beloved Chavatzeles Hasharon—the pristine Rose of
Sharon!

Questions or comments? I may be reached at
hillyarm@yeshivanet.com. 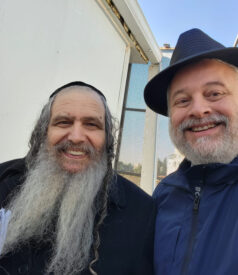 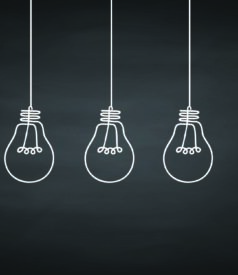