The Contrasts of Spring

As the paired photographs which accompany this article seem to indicate, spring is a season replete with contradictions.

(1) Set one shows the result of a very early morning late-April walk to the Chicago Community Kollel for their daily k’vsasikin minyan. (We spent Pesach with our Chicago-based family this year.) Although spring had arrived over a month earlier, this fact did not prevent a light snow from having fallen on the cars which lined California Avenue in West Rogers Park, a well-known Chicago suburb. Naturally, I could not resist making a small but quite visible snowball (yes, a real snowball!)—during Chol Hamoed Pesach, of all times. 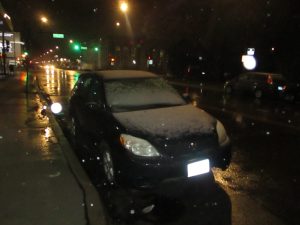 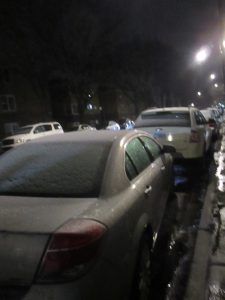 (2) Set two includes photos of a flowering cherry trip and a lilac bush. Both these shots were taken in Lakewood, NJ, merely two weeks after the previous set of pictures was taken in Chicago. Both are in stark contrast to the wintry scene I had just witnessed there during the Pesach moed. 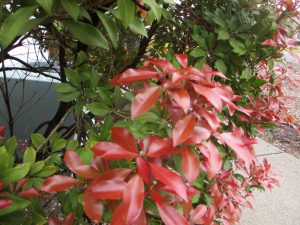 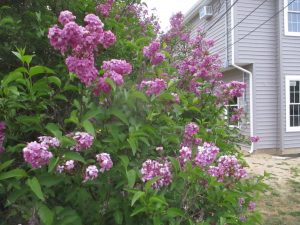 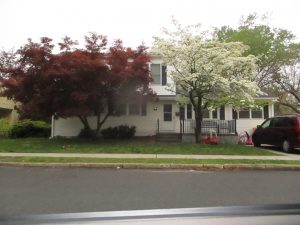 (4) Set four contains only one photo. Why, even ordinary automobiles seem to have gotten into the act! (Indeed, the very act of finding adjacent driveways on which two vividly painted cars of vastly different color “share the limelight” seems to me to emphasize the apparently contradictory nature of the ambiance of spring itself.)

As frum Yidden, we are well-acquainted with the two sides of spring. One side is the growth, renewal, and joy so aptly experienced during the Yom Tov  of Pesach. The flip side is the aveilus which permeates the y’mei Sefiras Haomer owing to the death of Rabbi Akiva’s talmidim and the havoc wrought upon our people so many centuries later by the Crusaders. 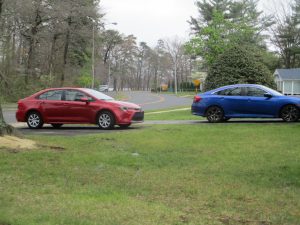 So what is my takeaway?

On a personal level, spring is particularly a bittersweet time, since the second day of this month marks the birthday of my dear mother, a”h. Born in May of 1914, she would have turned 108 on May 2, 2022 (which just so happens to be the date of this article’s preparation). Interestingly enough, her favorite flower was the lilac. (No wonder, then, that I have included one or more pictures of lilacs—the quintessential spring flower in my mother’s eyes—in this month’s column). Indeed, whenever I smell the newly blossoming lilacs of May (after first having said the appropriate birchas hareiach, of course), I can almost visualize her standing jubilantly next to me, cheering me on. The twenty years which have elapsed since her passing have clearly done little to diminish the sense of longing which her absence has initiated within me: may the delightful aroma of the lilac bushes that bloom in May serve as a sweet connection to fond and poignant memories of her.

Let us endeavor to employ the contrasts of spring in preparation for our impending Kabbolas HaTorah on Shevuos so that we may all realize that the season of “aviv: spring” embodies the lessons incorporated in Hashem’s Holy Torah and also bear His imprint, since the gematryia of aviv is 15, the same as yud plus hei, a rendition of His sacred Name.

This spring may we all climb the mountain of Mattan Torahseinu together in authentic joy and wholehearted devotion. A soul-satisfying Shavuos to all of you, dear readers!

{I may be reached at hillyarm@yeshivanet.com.} 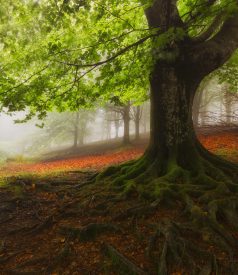 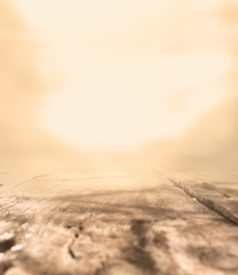 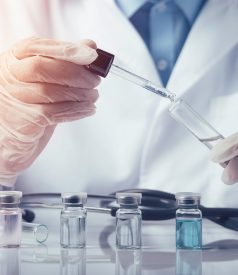