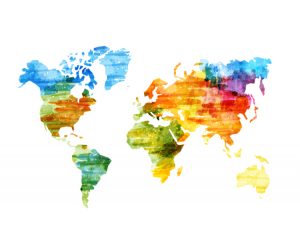 Polish lawmakers have approved a new national holiday honoring the citizens who put their lives at risk to help rescue Jews during the Holocaust. The bill, which was introduced by President Andrzej Duda, marks March 24 as a national day of remembrance. The move is an attempt by authorities to highlight Polish heroism during World War II after recent criticism of other recent legislation which criminalizes attribution of Nazi Holocaust crimes to Poland.

A new exhibit, titled “3,000 Years of History” opened at the United Nations last month.  The exhibit displays historical evidence such as a 1, 7000 year-old seal with the name of King Hezekiah (from the eighth century BCE), an incised menorah, “Temple Altars likely to have been made by artists” in the first century BCE; and a Second Temple period artifact containing a tomb inscription dedicated to King Uzziah of Judea. All these exhibits confirm the Jewish people’s presence in Jerusalem centuries before the Christian era. In addition to the archeological finds, there are pieces of the 2,000 year-old Dead Sea Scrolls. “There is a long history that is being cherished by us and by the friends of the Jewish people and the friends of truth and is being denied by those who seek to erase the history of our people, our connection to our land and our connection to our eternal capital, Jerusalem,” said Prime Minister Benjamin Netanyahu, who has always been critical of the UN’s policies on Israel. The exhibit was initiated by Ambassador to the UN Danny Danon and Jerusalem Affairs Minister Ze’ev Elkin.

Russia opened its first Jewish college, The Jewish University of Moscow, which used Yeshiva University as its prototype.  The institution of higher learning is a private school that comprises two other existing Jewish schools: Institute XXI century for men and Institute Machon CHaMeSH for women. It has a student body of 200 with an additional 10,000 students receiving services remotely and offers majors in law, economics, humanities, and of course, Jewish studies. “Our goal is to create the first university in our country where students will be able to obtain high-quality higher professional, academic and religious education,” said President of the Federation of Jewish Communities, Rabbi Alexander  Boroda.  The university’s budget comes from donors and the Federation of Jewish Communities of Russia.

Adina Bar-Shalom, the daughter of the late Rabbi Ovadia Yosef, hinted at possibly starting and leading a new political party. “Politics give us abilities that we don’t have anywhere else,” she said in an interview with Israel Hayom. “There is a group that’s been built, made of secular, Haredi, and religious people who work together. For two years already. We have time; we’re working on running in the upcoming elections. I will be one of the party’s founders, not an actual MK.” Bar-Shalom won the 2014 Israel Prize for her work as a Haredi educator, including the founding of the first Haredi women’s college in 2001.

Out of 156 countries, Israel was ranked the 11th happiest country in the world for the fifth year in a row, according to the United Nations annual World Happiness Report. Israel ranked higher than many of its neighboring Middle Eastern countries such as Lebanon, which came in at 88th, Jordan at 90,  and the Palestinian Territories at 104. In response to the results, Prime Minister Benjamin Netanyahu said, “People think, how that can be? It must be a fluke. It’s a country in this horrible neighborhood, you’ve got terrorism, you’ve got radical Islam, you’ve got challenges, but it comes up ahead of most countries in the world.” The report is based on surveys asking citizens to rank their feelings of freedom, gross domestic product, expenditure on health, and lack of corruption.  Finland was found to be the happiest country in the world, followed by Nordic neighbors Norway, Denmark, and Iceland.

In the popular resort town of Balatonfüred, a newly renovated former synagogue building was opened to the public as a virtual exhibition center called The House of Talents. The center is equipped with state-of-the-art digital technology allowing visitors to learn and follow the lives and work of 132 Jewish standouts in the fields of medicine, math, biology, physics, chemistry, architecture, and informatics. A third of the featured group was either born in Hungary or had Hungarian origins. The synagogue was originally purchased by the Jewish community back in 1855 from the Calvinist Church and shut down in 194 when 153 Jews of the settlement were deported on May 16 to Nazi concentration camps. Sadly, only 15 Jews returned to the town after World War II. The original plan to restore the synagogue building was initiated six years ago by local Jewish personality Ferenc Olti, a Balatonfüred native whose family members were deported from the town and killed during the Holocaust. The building complex is owned by the municipality and hopes to serve as an educational and cultural site. The Norwegian Fund provided $768,000 to the project and the municipality provided $384,000. The Office of the Prime Minister gave $146,000.

Shares of Twitter plummeted after the Israeli government hinted at legal action against the company for failing to address repeated requests to remove content deemed insightful and supportive of terrorism. Israeli Justice Minister Ayelet Shaked introduced a new bill called the “Facebook Law” which grants courts power to block internet content that encourages violence against Israel. At a recent Jerusalem conference Shaked said that the bill should really be renamed the “Twitter Law” since the San Francisco  media giant company is failing to contribute to Israel’s fight against online incitement.  “Through Twitter, the terrorist organizations promote terror and incite to violence, including public activity that they carry out without fear,” she said.