In illustrating both the importance of honoring our parents and the extent to which we must go to honor them, the Gemara tells a story that seems difficult to comprehend. It is so extreme that the choice it presents does not conform to our sense of reality and, despite the fame of the story, does not conform to Halachah.

Do Not Awaken Your Parent

The Gemara (Kiddushin 31a) says that they asked Rav Ulla how far you must go to honor your parents. Rav Ulla responds with the story about Dama Ben Nesina, a gentile from Ashkelon. The Sages once wanted to buy from Dama a gem for the high priest’s breastplate (according to the Talmud Yerushalmi, Kiddushin 1:7 they needed the jasper stone that represents Binyamin on the ephod). The Sages were willing to pay such a high price that Dama would have realized a profit of 600,000 gold coins. However, he needed the key to the container in which he stored the gem. He could not get the key without waking up his father. Rather than disturb his father, Dama Ben Nesinah decided to forgo this extremely profitable sale.

This story seems to tell us that we may not bother our parents no matter the financial loss. But wouldn’t Nesinah be upset that Dama did not wake him up? Tosafos Ha-Rosh (ad loc., s.v. ve-hayah) and others point out that they did not lose money, just potential profit. Nevertheless, because of Dama’s actions, Nesinah lost out on a huge windfall. It could be that the profit would have been only Dama’s and not Nesinah’s. But even still, wouldn’t the father be upset that his nap caused his son to lose a small fortune? Most parents want their children to succeed. Dama’s refusal to awaken his father seems to fly contrary to any father’s desires.

Sefer Chasidim (337) understands the story as meaning that Dama lost the potential profit. A son may not wake a father for his (the son’s) financial benefit. But if a son knows that his father would want to be woken for a good deal that will benefit him (the father), it is a mitzvah to wake the father up. Similarly, you may wake your father up to fulfill a mitzvah, like going to synagogue. Significantly, Chayei Adam (67:11) quotes this authoritatively. However, this ruling assumes that Dama’s father would have been unhappy to be woken up for his son to make a huge profit. What kind of a father reacts that way?

Shitah Lo Noda Le-Mi (Kiddushin 32a) says that the Gemara does not intend for this example to be the rule. Really you can wake up a parent in such a situation and Dama went beyond the requirement. The Gemara’s point was to show this great example of honor, not to hold up his specific behavior as the rule. Even so, it seems that Dama should have woken his father because any normal father would be upset if his son did not wake him up for such a great business opportunity, whether for father or son.

Indeed, Rav Moshe Feinstein (Dibberos Moshe, Kiddushin, no. 50 part 17) feels forced to say that Nesinah was not fully functional; he experienced cognitive challenges that prevented him from fully understanding complex interactions and consequences. A fully functional father would be terribly upset if his sleeping caused his son to lose a major financial opportunity. For such a typical father, a son would be obligated to wake him to prevent the father from feeling so upset and hurt that he ruined the business deal. Rather, Nesinah must have lacked the ability to understand the circumstances. He would have been upset for being woken because he did not understand the major opportunity. Therefore, Dama — in an enormous act of love and honor for his father — gave up a massive profit in order to protect his cognitively challenged father.

Rav Chaim Shmuelevitz (quoted in Rav Avigdor Nebenzahl, Mi-Tziyon Michlol Yofi, Gen. 37:14) suggests that Nesinah would have taken great pride in the extent of the honor that Dama showed him. When Nesinah woke up and learned what Dama had forgone in order to honor his father, Nesinah would have acquired massive bragging rights. That pride in his son was worth more to Nesinah than any money. Therefore, Dama acted properly in giving more weight to his father’s appreciation of honor than to money.

Rav Avigdor Nebenzahl (ibid.) respectfully disagrees with his teacher, Rav Shmuelevitz. Someone of great spiritual status, like Rav Shmuelevitz, might appreciate a son’s honor more than a small fortune. However, most people feel the opposite. Rather, suggests Rav Nebenzahl, Nesinah was an extremely selfish person. He cared only about his own needs and desires, and not even about those of his children. If his son had woken him up for any reason, even for a once-in-a-lifetime opportunity for the son, Nesinah in his selfishness would have been angry over his interrupted sleep.

In practice, it all depends on whether you think your parent would want to be woken. The Aruch Ha-Shulchan (Yoreh De’ah 240:40) recommends that whenever possible, someone other than a child should wake up the parent. 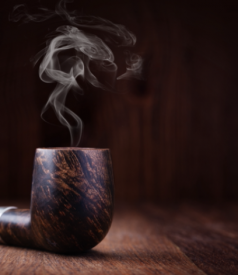 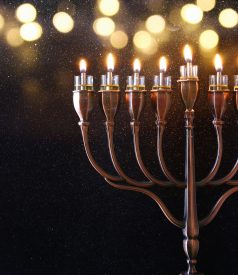 THE MIXED-UP BLESSING ON CHANUKAH LIGHTS 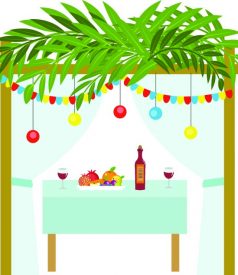