Like all holidays, Rosh Hashanah is a day for festive eating (on Yom Kippur, we feast the day before). However, because of the serious nature of the day’s judgment, there is more room for fasting for those who feel the need to do so. In particular, someone who has a terrifying nightmare on Rosh Hashanah may choose to fast that day (Mishnah Berurah 597:2). Why fast for a nightmare?

The Gemara (Shabbos 11a) says that fasting is effective to neutralize a bad dream like a fire burns kindling. If you have a nightmare and are concerned it might come true in some way, you may fast even on Shabbos, a day on which fasting is normally forbidden. Another option is mentioned in a different Gemara (Berachos 55b). If you have a bad dream that bothers you, you should gather three friends and have them interpret it positively, i.e. tell you that it is really a good dream. This will eliminate the negative impact of the dream. A further practice is to recite a standard formula (Ribbono Shel Olam) during the priestly blessings (Birkas Kohanim) asking for positive outcomes from your dreams.

Rav Shimon Ben Tzemach Duran (Responsa Tashbetz 2:128) quotes Rava (Berachos 55b) who contrasts two verses. On the one hand, G-d says “I speak with him in a dream” (Num. 12:6), implying that there is divine truth in a dream. On the other hand, “the dreams speak falsely” (Zech. 10:12). Rava answers that dreams transmitted by angels are true but those transmitted by demons are not. According to Rashbatz, the angel here means divine providence and the demon means an unhealthy imagination for any of a number of reasons.

In other words, some dreams are true — messages from Heaven — and some are false, caused by psychological forces, physiological phenomena or otherwise. Therefore, we are left in doubt whether any specific dream is true.

Should We Worry About Nightmares?

In Medieval times, we start to find authorities questioning whether people still have bad dreams that emerge from a divine source. The Tur (Orach Chaim 668) quotes R. Amram, R. Kalonymus and R. Eliezer Ben Yoel (Ra’aviah) who say that today (in their day), we do not know which dreams are truly bad and therefore you should not fast on Shabbos over a dream. Rav Yosef Karo (Beis Yosef, ad loc.) quotes other Medieval authorities with similar hesitations but Rav Karo (Shulchan Aruch, ad loc., 5; 288:4-5) does not follow those authorities completely and allows fasting on Shabbos for specific nightmares listed in the Talmud. As we saw above, he and others also allow for fasting on Rosh Hashanah. However, we find additional concerns in later generations.

Rav Avraham Gombiner (Magen Avraham 288:7) quotes approvingly Rav Yeshayahu Horowitz (Shenei Luchos Ha-Beris, Shabbos, s.v. ve-sa’anis chalom) who says that you should not fast on Shabbos for any dream. Rav Ovadiah Yosef (Yechaveh Da’as 4:24) quotes Rav Horowitz as going even further. Adapting a Gemara (Pesachim 110b), Rav Horowitz says that if bad dreams worry you, then you need to be concerned and possibly fast over them. If you aren’t worried about a bad dream, then you have no reason for concern.

But can you control whether you are scared by a nightmare? We can assume that bad dreams are not from a divine source. Therefore, Rav Ovadiah Yosef (ibid.) concludes by quoting Rav Chaim Palaggi (Ruach Chaim 288:1) that if you have a bad dream on Shabbos, rather than fasting you should say extra Tehillim and study Torah diligently. Elsewhere (Beis Ha-Yayin, Yamim Nora’im, pp. 195-196), Rav Yosef says that if you are worried about a dream, you should just say the verse “the dreams speak falsely” or, if you are very worried, take the standard formula (Ribbono Shel Olam) from Birkas Kohanim and say it on your own on any day. And, only if you are greatly worried and pained, then you may follow the Gemara and fast on Shabbos or Rosh Hashanah (fulfilling all the halachic details).

Going even further, Rav Avraham Yeshayahu Karelitz (Kovetz Iggeros Chazon Ish, vol. 2, no. 149) writes briefly that personally he just ignores his bad dreams. He continues that if you have a bad dream, say the Ribbono Shel Olam and move on with your day. We cannot just tell someone not to worry about their dream but we can redirect them to a brief verse or prayer.

Rav Simcha Rabinowitz (Piskei Teshuvos 220:1) explains Chazon Ish’s approach. In modern times, people are busier and their lives are more filled with global concerns than in ancient times. Nowadays, dreams overwhelmingly are about what we hear during our busy days and the concerns we face in our lives. Therefore, we should not pay much attention to our dreams because they are not divine predictions about the future. Rather, they are manifestations of our thoughts, which might give insight into our psychological well-being but will not tell us what will happen in the future. 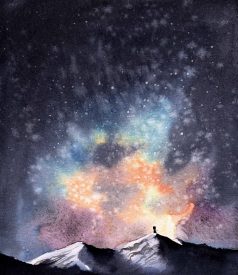 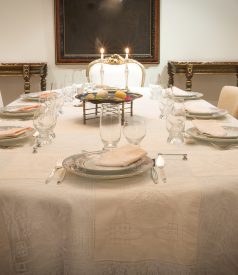