It used to be quite popular to use a canvas sukkah although with the recent advent of sukkos that are easier to put together, such as the modular sukkah and the “Ease Lock” sukkah, they are becoming less common. However, the concept of a canvas sukkah is actually centuries old and is specifically mentioned in the Shulchan Aruch (Orach Chaim 630:10) as forbidden. This raises the question of how so many people could have used canvas sukkos. There are two potential problems with a canvas sukkah.

The medieval sukkah under discussion was made of flax. Rabbenu Peretz (gloss to Semak 93, n. 19 in the standard Satmar 1935 edition) says that the standard practice in his day (13th cen., France) was to use flax sheets for all four sukkah walls. He says that this is improper because even if you tie them well, sometimes they get untied and flap in the wind. Because of this, he and others forbade using flax walls for a sukkah, and that is recorded in Shulchan Aruch (ibid.).

Piskei Teshuvos (630:9) quotes Rav Yosef Chaim Sonnenfeld (Salmas Chaim 253), Kinyan Torah (4:70) and Rav Menasheh Klein (Mishneh Halachos 5:77) as ruling that if you tie the canvas on all sides to the frame then the sukkah is kosher. It is suggested that Rabbenu Peretz was discussing a limited case in which it was common for the sheets to become untied and flap in the wind. However, if you tie them well so this is not a concern then there is no problem. Rav Moshe Sternbuch (Mo’adim U-Zemanim 1:84) and Rav Moshe Feinstein (Iggeros Moshe, Orach Chaim 5:40:2) also raise this possibility but rule strictly on this.

The underlying concern is that the Gemara (Sukkah 23a) states that a wall that cannot withstand a regular wind is not considered a wall. Therefore, if you build a large house of cards and put sechach on it, you cannot use that your sukkah because it will almost certainly fall down under ordinary circumstances. However, the Gemara does not define what exactly it means for a wall not to be able to withstand a regular wind. Does it mean that the wall will be moved by the wind or fall down because of the wind? This has practical ramifications regarding a canvas sukkah because canvas walls sway in the wind.

The Chazon Ish (Orach Chaim 77:6) rules that as long as a regular wind does not move the wall so much that it becomes invalid (e.g. falls down or is moved so far from the sechach or the ground that the wall is invalid) then it is kosher. Therefore, this rule is not of concern to canvas walls. Rav Yitzchak Isaac Liebes (Beis Avi 4:73:17) agrees with the Chazon Ish and specifically permits a canvas sukkah.

Rav Ya’akov Beruchin of Karlin, in his early 19th century challenges to the modern eruv, argues that the eruv string must be so tight that it never sways in the wind (Mishkenos Ya’akov 1:123). He compares this to a sukkah wall, which also must never sway in the wind. According to Rav Ya’akov of Karlin, a canvas sukkah would be invalid. However, the Chazon Ish (Orach Chaim 71:10, 77:6) disagrees with this stringency and only rejects a sagging eruv string if the wind might blow it outside of the range between the two poles it connects. Rav Tzvi Pesach Frank (Har Tzvi, Orach Chaim vol. 2 18:8) rules even more leniently and permits sagging eruv strings as long as a significant portion of the string is above ten tefachim from the ground.

Most others, however, are stricter than the Chazon Ish regarding sukkah walls. Rav Shlomo Zalman Auerbach (Halichos Shlomo, Mo’adim vol. 2 7:1) rules that if the wind moves the wall even a little bit then the wall is invalid, similar to the Mishkenos Ya’akov. Rav Ovadiah Yosef (Yechaveh Da’as 3:46; Yabi’a Omer, vol. 9 Orach Chaim 59:A) rules likewise and explicitly argues with the Chazon Ish. I recall hearing many years ago from Rav Hershel Schachter that there are two other positions — that if the wind moves the wall more than one tefach (appr. three inches) or three tefachim (appr. 10 inches) then the wall is invalid, but otherwise not. He said the latter position of three tefachim in the name of Rav Ya’akov Kamenetsky. While I have not seen anything like that in writing in his name, his son — Rav Shmuel Kamenetsky — rules that way in Kovetz Halachos (Sukkah 4:3).

Most authorities agree that it is best not to use canvas sukkos even if they are tied, although depending on placement and tightness— how much the wall actually sways in normal winds. However, some allow any canvas sukkah whose walls are tied and perhaps there is room for even those who are normally strict to be lenient in cases of need. Thankfully, nowadays this problem has receded due to the new sukkah designs that have become popular. 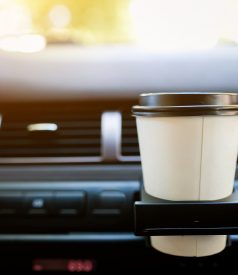 DRIVING UNDER THE INFLUENCE OF COFFEE 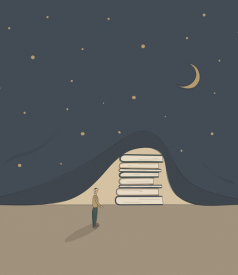 STAYING UP MOST OF THE NIGHT 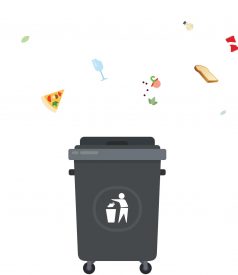