THINGS YOU DOUGHNOT KNOW ABOUT DOUGHNUTS!

For many, doughnut and a cup of Joe are morning staples. Whether they are filled with jelly or custard, topped with chocolate or powdered sugar, nothing beats the decadent taste of a crunchy and gooey doughnut. And not that you need an excuse to eat one, but it is a mitzvah to commemorate the miracle of the oil by consuming oily rich foods, like doughnuts, on Chanukah. So, grab a delectable doughnut and enjoy while reading up on some interesting facts about our favorite ring-shaped pastry.

According to a 2018 survey, the average American consumes 31 doughnuts a year; if you do the math that totals to around two or three doughnuts a month. This might explain why over 10 billion doughnuts are made in the United States each year, and why we have more than 25,000 doughnut shops in the country…….and also why Weight Watchers is so popular.

Want an olykoeks or oily cake with your coffee?  Probably not, which is why the name of this delectable deep fried treat was changed to doughnut. Historians trace the pastry to the Dutch who were the first to introduce the modern doughnut to North America back in the mid-19th century. The origin of the name is uncertain. Some researchers suggest the name refers to the nuts that were placed inside the ball of dough to compensate for the uncooked center while other researchers believe it refers to “dough knots,” which was the shape for early doughnuts.

In the end both spellings are acceptable. The official dictionary spelling of the word is doughnut with donut generally being listed as a variant of the preferred original spelling, especially in British English.  The Oxford English Dictionary lists American short story writer Washington Irving’s reference to doughnuts in his 1809 History of New York as the first published use of the word when he wrote: “An enormous dish of balls of sweetened dough, fried in hog’s fat called doughnuts, or olykoeks.” Most today prefer donuts and you can thank the Dunkin’ Donuts franchise for Americanizing the spelling of the word, but for consistency, we will stick with the original spelling.

Movies oftentimes comically portray undercover police officers sitting in their patrol cars munching on some doughnuts while on a late night stakeout. Cops and doughnuts go hand in hand like cops and robbers, but how, why, and where, did this stereotype originate?  This cliché began in the 1950s when doughuts were the preferred and only snack of choice for cops who were busy patrolling the streets during off hours. Back then, doughnut shops were some of the only stores open late at night because they needed to get ready for the morning rush. This stereotype might be locked up on death row since when young (newly hired) police officers were recently interviewed by news outlets on National Donut Day (we’ll get to that next), they reported  not choosing doughnuts as their snack of choice while on the job since they found them to be sugary, fattening, and overall unhealthy.

CAN I GET OFF WORK FOR THAT?

There’s a holiday for everything these days and doughnuts are no exception. National Donut Day falls out on the first Friday of every June. The holiday was established in 1938 by The Salvation Army as a way to honor the women who volunteered to distribute donuts to soldiers during World War I. The practice was started by Morgan Pett, a young military doctor, who wanted to ease the plight of the soldiers by picking up some doughnuts on his way to the military base each morning as a way to boost morale. All throughout the workday, as he  cared for the wounded soldiers, he would give out the tasty treat. This practice caught on and would eventually be implemented by the canteens the military used to attend to the soldier’s needs at the front. Each canteen would have several ladies from the Salvation Army Workers pass out coffee, doughnuts, and other baked goods. Eventually, these ladies would come to be known as “Doughnut Dollies” or “Doughnut Girls”. There are three other doughnut holidays:  International Jelly-Filled Donut Day is widely recognized as June 8 (occasionally as June 9); National Cream-Filled Donut Day; is celebrated on September 14; and   Buy a Donut Day occurs, is on October 30. The origins of these holidays are obscure. Many bakeries offer great discounted or even free doughnuts on this day to celebrate.

New York is credited for producing the largest doughnut ever made weighing in at 1.7 tons and filled with jelly. It was made on January 21, 1993 by two Utica bakeries that collaborated to create the monstrosity. I dare not attempt to calculate how many calories are in this dish.

Why do doughnuts have holes? There are a few theories, some say it makes it easier to hold, while others says it’s  intended for dunking in coffee or milk, but the most popular theory seems to be that the hole promotes better frying allowing  all the edges of the doughnut, including the center, to be crispy and not soggy and greasy. Some historians believe that the popularity of the bagel with its hole is what encouraged bakers to mimic the design by creating holes in doughnuts as well.  Researchers have noted that the size of the hole in a doughnut correlates with the quality of the economy. Specifically, the worse the economy, the bigger the doughnut hole.

DON’T BE SO VANILLA

There are countless doughnut flavors out there with new ones created all the time by avant garde pastry chefs and food influencers, but the most commonly ordered flavor requested today still remains glazed, with chocolate frosted with sprinkles coming in as a popular runner up. Dawn Foods, a global manufacturer and ingredients supplier to bakeries around the world, released findings from its inaugural Donut Day survey and they concluded that 82 percent of Generation Z (those aged 18-21) and Millennial (those aged 22-34) consumers are done with classic flavors like glazed, chocolate, and vanilla and are more interested in trying unique and adventurous tastes like pickle-flavored donuts, sriracha and s’mores. Other notable mentions include pineapple basil, an “everything” bagel with a cream-cheese-glazed yeast donut, and a cereal donut which is garnished with Foot Loops, Cap’ n Crunch, Cocoa Puffs, and Golden Grahams. I think I’ll stick to my vanilla with rainbow sprinkles choice for now.

In Israel they don’t call them doughnuts, but rather sufganiyot. The Hebrew word sufganiyah is a neologism for pastry, based on the Talmudic words sofgan and sfogga, which refer to “spongy dough.” According to the Jerusalem Post, the Ministry of Defense buys upwards of 400,000 sufganiyot for their chayalim every Chanukah. As the troops overwhelmingly prefer jelly-filled doughnuts, the Defense Ministry purchases 80% with jelly filling and 20% with chocolate filling.  In 2016, Israel’s Health Minister, Yaakov Litzman, declared a war on obesity by instituting a national anti-junk food campaign this lead to Israeli bakeries shrinking their sufganiyot to appeal to health-conscious consumers. The usual 100-gram (3.5 oz.) size, packing 400 to 600 calories now appears in 50-gram (1.8 oz.) size with different fillings and toppings, earning the name “mini.” 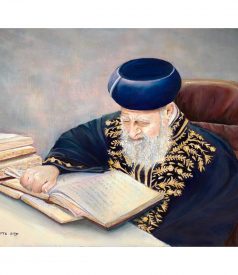 ART FROM THE HEART 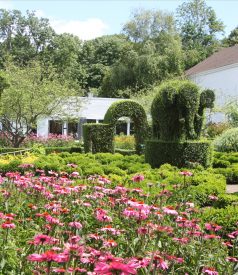 A VISIT TO NEWPORT 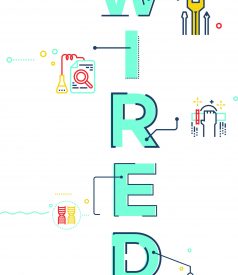