My story is true, all of it.  I will not name any of my employers only because I am not going to embarrass these men and women publicly as they have done to countless of others. But I stand behind everything you will read.

I worked for a frum organization in the Tri- State area for the 25 years. I worked my way up to upper management, managing departments and employees. In the early stages of my career, I felt comfortable at my job. I was wrapped up in “all the good” we were doing and how much we were helping others. But slowly, over the years, I began to see the truth: I was at the mercy of the CEOs I worked for. If my actions or work happened to cause a blip of unintended annoyance for them, they’d tell me, in unkind terms, how I should correct my actions or else feel their wrath.

When someone in my immediate family experienced a health crisis of such magnitude that that nearly all Klal Yisrael was saying  Tehillim, I was asked to choose between work and family. The CEO, the CFO, and the director of human resources, along with another executive, called me into a closed-door meeting. I was told that they didn’t want me to get too distracted by my loved one’s illness. I was told that I was using too many days off and it would be preferred if I would concentrate more on my work. My relative had an illness that only eight others in the country have suffered through. She was being written up in medical journals as “the patient that lived.” These executives were the same people who received my emails asking all employees of the organization to say Tehillim and to pass the name on to their friends and family. Now they were asking me to focus more on work than my family.

There was one incident when the contract my department had with another frum organization was undermined, directly affecting my bottom line and the quota I was contracted to deliver to NYS Department of Health. I called the site manager of the other organization, reminding him of our agreement and telling him that he was in violation of our original agreement. Within two days I was called into our CEO’s office. He didn’t want to hear what the other organization did or how it would affect my staff and department. He ordered me to apologize to the other organization for what I had said to them. I tried explaining that they went against the agreement – a signed contract – we had with them, negatively affecting our numbers.  The CEO cut me off and yelled at me. He told me that the two organizations were involved in a partnership and he would not have me disrupting their relationship. There was no reasoning with him. It didn’t matter that I was right, or that this unofficial partnership could lead to the downfall of my department. Forget about the fact that this was not moral or ethical. I was forced to go to the other organization and apologize. When I walked into the director’s office to apologize, I was shocked that three other executives were sitting there. This was a show. I was the star. I was given a lecture about how inappropriately I acted and was then forced to apologize to all sitting in the room.

Executives of one of the organizations contacted me continually, late into the evening. I would receive texts at 11 P.M.  and even later asking inane questions. More than once I told them to respect my personal time. I was called and texted on weekends and Chol Hamoed. My five-year-old daughter hated hearing the name of my direct supervisor because all she knew was that this man took her Mommy away from her.

The amount of work that was given to me was more than any single person could have handled. My requests to hire additional staff to assist me and divide the workload were ignored. I oversaw all staff, all sites, budgeting, marketing, all trips and events, organized a voucher program twice a year, drew up various consent forms, researching new branches, planned a work retreat, and tested out new software. I was doing the work of a team of people. I couldn’t tell if I was being applauded or taunted when I was asked, “When do you sleep? When do you spend time with your family?” I was raised with a work ethic to deliver what the boss asked for. I just didn’t realize the boss would ask for my entire life.

I was yelled at by a CEO for not being present the first day of a state audit of my department. Why wasn’t I present? Because I had emergency surgery the previous day and was on bedrest for 48 hours. It took weeks to coordinate a meeting with several menahelim,  askanim, and executives of the organization I worked for. As I was scheduling the meeting, I was texted, “Thanks for setting it up. I’ll let you know how it goes.” As director of operations, I had arranged this meeting as a form of community outreach and to help spread the word of our “good work,” but now that all had been arranged, I was thanked and sent on my way like a social secretary.

I will stop here, although I can go on about all that I endured during my years as an employee of the organization. I wish my story was unique, but unfortunately, it is not. Everyone needs to know that those going through what I have gone through have been abused by their employers. Yes, I said abused. It’s a taboo word, but it’s the right one in this type of situation. I was abused by all my employers in different ways. And when I was no longer considered useful, I was let go.

The abuse that happens between employer and employee is never spoken about, but many among us feel it. Our employers ask too much of us, take too much from us, and don’t compensate us fairly for work we have done. We must talk about it and make those in power know that we won’t tolerate it anymore.

Abuse in the workplace is a matter that deserves an in-depth analysis. This is because  adults who are ill-treated in their work environment begin to doubt their overall sense-of-self and capabilities. Workplace abuse is defined as behavior that triggers physical or emotional harm. Forms of abuse include bullying, violence, harassment and discrimination. Based on this letter, it seems that the writer encountered some forms of abuse in the workplace. First, she was not given the time and respect to process a family emergency. Second, the employee was put into an unethical situation where she had to apologize for the immoral decision her CEO was making. Third, boundaries were crossed when her boss would text her with work assignments late in the evenings or on Chol Hamoed. Moreover, the letter writer described being given a workload that was fit for a team to accomplish but was denied any need for assistance. Last, she was expected to be present during a personal medical emergency.

That said, I’d like to shed some light on signs of abuse in the workplace. First, I’d like to examine warning signs a potential employee can look out for during the interviewing process to prevent future abuse in the workplace. First, don’t ignore disrespectful behavior. If your potential boss ignores your emails related to the interview or does not apologize for any changes, see this as a warning sign. Second, if your potential boss scans you from head to toe, don’t ignore the feelings of discomfort. If the boss responds to any questions related to the position with skepticism or distrust towards the company, remember that once you are hired, his behavior will only get worse. If the boss interrupts you midsentence or belittles your feedback, note his self-absorption as a potential sign of future abuse. Then, stay far away from this potential employment opportunity and keep on job hunting.

Once you are already hired, it is still critical to notice if you are undergoing abuse. One sign of abuse is if your boss has double standards. For example, if he makes you feel guilty for taking a lunch break, but personally he takes excessively long lunch breaks. It is considered workplace abuse if he requires you to work overtime but does not compensate you for your work. In addition, if you’re feeling emotionally abused but are coined as “overly sensitive” or “crazy” this can very likely be a sign of gaslighting/abuse. If you find that you do 99 percent of your work assignments right but are only undermined or criticized for the one assignment you did wrong, this is another a sign of abuse. You can notice this form of abuse if your boss constantly sends you emails related to assignments you are doing wrong but has not complimented you once since you began working for the company. If your find your boss retaliating against you by excluding you, making fun of you or ignoring you, see this as a red flag. A good indication that you are undergoing retaliation is if you avoid bumping into your boss at all costs. Last but not least, an indication that you are being abused is if you ever find yourself being brave enough to complain to your boss but he threatens you.

Unfortunately, once you find that you have met the criteria of being abused in the workplace, there aren’t many options you can take to improve the situation. You can meet with the board or owner of the organization and file a complaint. But most likely the board is already aware of your boss’s unethical behavior and despite this has not done anything to remove him from his position of power. Moreover, it is likely that the board will notify your boss about the complaint, which might exacerbate the abuse you will experience should you stay at the job. One helpful thing you can do is discuss your feelings with a trustworthy supervisor who can direct you in coping with your boss and setting boundaries with him. If you have a colleague you have grown close to, discuss your feelings related to your boss and ask your colleague to provide you with support and feedback. As one of your last resorts, you can call an employment discrimination attorney and discuss your options.

You owe it to yourself to do everything in your power to create a happy and healthy life for yourself and your family.

Red Flags of Abuse in the Workplace: 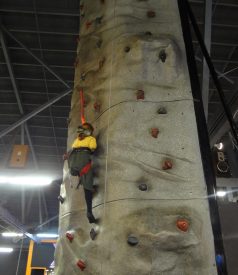 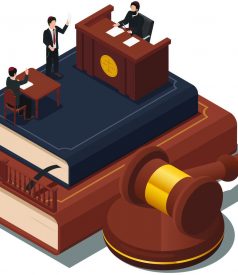 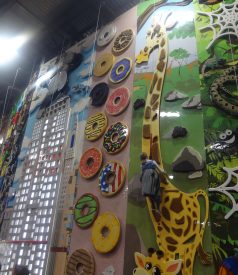