For Simcha Eichenstein, the State Assembly is just the latest step in a career of public service.

While it’s his first term in the New York State Assembly, Simcha Eichenstein tends to point out that his is not a new face in the state capital.

“I am not new to Albany, or to the process,” says the 36-year-old Bobover chassid from Boro Park, who has worked as a political consultant, served on his local community board, and served as an aide to State Comptroller Thomas DiNapoli.

More recently, he was on New York City Mayor Bill de Blasio’s legislative affairs team in Albany, and part of the mayor’s senior intergovernmental staff at City Hall. In that role, he advocated for budgetary and legislative priorities.

Simcha ran to succeed the 48th District’s Dov Hikind, a New York Jewish political icon because, he says, “It was time to bring it home and really focus on my community. There’s nothing better than working on things that impact you and your community, versus others setting the agenda for you.”

Eichenstein, a Democrat, spoke to the Jewish Echo on a recent Sunday following the end of his first legislative session, with its grueling long hours and busy commute schedule. An in-person interview was changed to a phone call in order to keep a promise to an important constituency: his four children, ages 20 months to 12 years.

Eichenstein stepped into the large shoes of Dov Hikind, who served from 1982 to 2018, and was known for activism on issues far beyond his district borders, particularly related to Israel, the Holocaust, and anti-Semitism, locally and around the world.  “He certainly is a legend,’ Eichenstein says. “But in fairness to myself, I am not trying to be Dov Hikind; I’m just trying to be Simcha Eichenstein and do a good job.”

“Every single day, I try to be the same person I was a year ago before I was elected.” Asked if his approach to the job or to any of the issues is unique from that of his predecessor, Eichenstein responds, “I think it’s unfair to try to view it through that lens. The way I look at it, every person has to be the best he can be, do what he can do.”

But he adds, “Obviously you look at those who were here before you and try to look at how they would have handled certain situations and what they would have done, if you need to learn from it.”

In his first term, Eichenstein has proposed common-sense legislation to benefit a large variety of New Yorkers. A bill to allow young adults to participate in summer youth employment programs without endangering welfare public assistance passed the Assembly in June. He also proposed protecting drivers from tickets if they disobey a traffic signal in deferring to an emergency vehicle; requiring sanitation inspectors to gather photographic evidence when issuing violations; providing a tax credit for private security cameras for both businesses and homes, and increasing reporting requirements of unmet needs of programs for the elderly. I hate the wording of these last few words

Michael Tobman, a political and communications consultant often active in Hasidic communities said,  “Simcha Eichenstein is beloved by his constituents, other elected officials, and every politician and power broker he’s ever worked with.”  Tobman says Eichenstein prefers forging alliances to making national headlines. “He’s quietly ambitious without being obvious, smart and savvy, dedicated to getting things done, and sincere. Simcha understands the importance of patient coalition building.”

Tobman added that a new range of issues in a new era, as well as a transformed political landscape with Democratic control of both legislative houses,  allows Eichenstein an opportunity to craft a distinct identity and legacy.

“It wouldn’t be fair to the current assemblyman, or his predecessor, to draw comparisons – different times, different generations, different measures of success, and very different ways of getting things done,” he said.

Simcha Felder, who represents much of the same district in the State Senate and has known Eichenstein for decades, said the freshman “has all the ingredients needed to be a great assemblyman. He has years of city and state experience in many different areas of government. He is respectful and well-liked by everyone who deals with him. He is very goal-oriented and works extremely hard. What more could you ask for?”

On shifting the focus of his advocacy from New York City to the needs of one district, the 48th (which includes most of Boro Park and parts of Midwood and Bensonhurst), Eichenstein says, “I think we obviously live in different times, not just from a year ago, but from when Dov started. I wasn’t even born yet.  The dynamics of government have changed.”

One of his priorities in the 2020 legislative session will be what he calls yeshivah independence. Religious schools are under pressure by activists, including some graduates, who want to see higher standards of secular education to ensure that students develop strong job skills. “Government has no business getting involved” in such decisions, Eichenstein says. “We can’t say there should be separation of church and state and then when it comes to this kind of interference, we don’t believe in it. This is probably going to play out in the months to come.”

Another priority is addressing the “benefits cliff” for those who are pushed out of eligibility for social services by the minimum wage. In many cases, Eichenstein says, hourly workers still aren’t bringing home enough to replace the lost subsidy, hence they “fall off a cliff.”

Fair property tax assessment for homes and businesses is another priority, says Eichenstein, who serves on the Assembly’s Housing and Real Property Taxation committees.

Eichenstein says he will not shy away from speaking out on national and international issues that may arise from time to time, but in the end, “I’m a local assemblyman. I try to focus on what’s in front of me.”

On perhaps the most contentious issue in the country, the unconventional presidency of Donald Trump and his reelection campaign, Eichenstein has no immediate plan to make an endorsement.

Boro Park stood out among New York neighborhoods supporting Trump in 2016, with an estimated 68 percent for the Republican, the New York Times reported. Regardless, Eichenstein says he isn’t following the primary in his own party or the national campaign issues. “I am a member of the New York State Assembly,” he says. “I am not involved in national or international affairs. I do not begin to understand the nuances of global politics, nor do I busy myself with them. My focus is on local affairs.”

Asked to look back on difficult decisions he’s faced while balancing his deep religious convictions with membership in a party with liberal views in social positions, he said as a chassidic Jew “I would say, there were some very tough votes and I stick to my principles. I only hope that my votes are not misinterpreted, as to why I voted yes or no. That’s not always in your control.”

As an example, he cites the controversial Child Victims Act, which lifted the statute of limitations for allegations of abuse passed during the last session and signed into law by Gov. Andrew Cuomo. The change exposes schools and houses of worship to civil litigation regarding alleged abusers no longer in their employ that can be exceedingly difficult to defend, given the passage of time.

“I believe we have to do right by these victims and even compensate them,” said Eichenstein. “Having said that, I also felt that in cases that happened 50 to 60 years ago, at an institution that has long since cleaned up their act … They have new leadership [when some cases involve] a post-Holocaust leadership, no longer around anymore. Here you have a school principal, a teacher, a bus driver, a janitor who is not around anymore and to the school’s credit they long since cleaned up act and … you come in and say this school right now is civilly liable to the extent it could bankrupt them.”

The better way to handle the problem, Eichenstein feels, is “to talk about creating a fund. There was an earlier proposal that we should compensate them and do right by them that way.”

Eichenstein said the horror stories he heard about abuse “puts you in a very tough spot. You start saying to yourself how are people going to try to interpret this no vote.” Leniency on abuse, he said “is not what is behind my no vote.”

When you are in a tough situation, “it’s not always a yes or no, sometimes it may be a yes, but I have an issue with the yes. It’s not always cut and dry, you just don’t want it to be misinterpreted.”

Another hot button issue faced this session, and likely to remain on the agenda, is legalization of cannabis, a trend across the country, with New York’s governor and a large share of the Legislature ready to approve.

“Look, I am not in favor of legalization,” Eichenstein says. “I voted no; however, I will say I do agree it’s insane that we have people in this country that are serving excessive harsh sentences for [possession of] small amounts of marijuana.”

He sees the rush to legalization as problematic since “there are a lot of other conversations that need to happen such as quality of life issues. Such as how do you detect someone who is driving [under the influence of marijuana]?”

As for the responsibility of wearing “the mantle” of the first chassidic member of the New York legislature, and one of very few in America, Eichenstein says, “I might be the first, but this is a young, vibrant community that is engaged and getting involved. I won’t be the last.”

“On what it means to me, what I will say — it comes with a wonderful responsibility and the onus is on me to make a kiddush Hashem,” or sanctification of G-d’s name. “The reality is that in Albany, when engaging with people as a member of a chassidic community, a lot of people, right or wrong, still draw conclusions about the entire community simply because of how I dress, who I am, and where I come from. I take the responsibility of how I conduct myself very seriously. That comes before anything: Any speech I give, any decision I make,  and my overall behavior is something to be mindful about. “

“It’s something to remind myself every single day.” 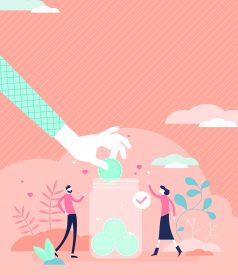 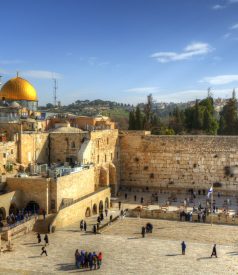 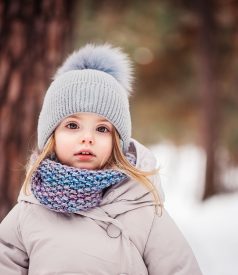