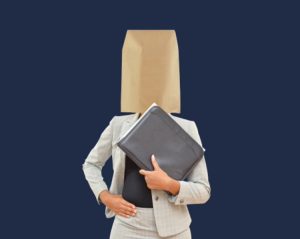 I’ll never forget my first encounter with reverse discrimination. It was my last semester at Brooklyn College, and I was prepping for a highly anticipated job fair.  Our country was in a recession at the time; the economy was sluggish, and job offers were scarce, especially for new graduates.  This day had been four years in the making, and I assumed I was a strong candidate due to my high GPA, recommendation letters, internships, volunteer experience, and extra curriculars. Boy, I was in for a rude awakening.

With my navy blue power suit on and hair pinned back in a professional style, I entered the auditorium, which was packed with booths from major corporations to nonprofits and small businesses, confident that my resume would speak for itself.  I quickly discovered that I was not what they were looking for. Booth after booth, representative after representative, told me the same thing: “Sorry, we are only interested in minority applicants at this time.” Frustrated by yet another rejection, I told one of the recruiters, “I am a Jewish female. Doesn’t that qualify as a minority?” She tilted her head, grinned, and told me that I could leave my resume.  I walked out of there feeling deflated and angry. What was the point of pushing myself academically if my resume was destined for the bottom of a pile?

I didn’t hear back from that woman, nor from the other 10-plus businesses that received copies of my resume.

When President John F. Kennedy issued his Executive Order 10925 in the early 1960s, he was the first leading white official to use the phrase “affirmative action.”  The term referred to legal action in the hiring processes of government contractors to create opportunities for workers of color and women. Executive orders issued by President Lyndon Johnson in the mid-1960s required government contractors to act affirmatively to desegregate the formerly all-white, or all-white-male, job categories in their workplaces.  The majority of Jews, for much of the past century, fully supported this legislation. Having encountered prejudice firsthand, they did not want to see other groups face the same treatment.  Supporting affirmative action was a natural extension of their involvement in the civil rights movement.

Pablo Solomon has worked as a consultant for the U.S. Department of Education and has developed and piloted programs for school districts and colleges; he knows a lot about the topic due to his active involvement in civil rights. He believes Jewish youth are at a disadvantage due to affirmative action, and yet the larger Jewish community continues its blind loyalty to Left-leaning Democrats.  Unlike other groups, “Jews made it forward with education, strong families, and achievement – not by whining about past injustices. I have never heard a Jew blame his or her failures on the Pharaohs. Have you?” he asks rhetorically.

Sadly, my experience at the job affair is not unique. Reverse discrimination, when members of the majority (typically Caucasian males) are disfavored based on gender and race, has been an off the record policy for many institutions of learning and industries for some time. Harvard University recently made headlines under the investigation of the U.S. Department of Justice for allegedly discriminating against Asian-American applicants. The term “the Asian Tax,” refers to Asian students being expected to score higher on the SATs for the same chance at admission as other applicants, explains Matt Pinsker, a constitutional law professor at Virginia Commonwealth University (VCU). “Lumping all Asians into a category is its own form of racism, as it ignores the diversity among the numerous cultures originating from the world’s largest continent,” he says.

Today, this is illegal, but there are other more politically correct ways to achieve the same results, and some believe this comes in the form of affirmative action. Pinsker, who authored a textbook addressing equal protection under the law, believes that affirmative action is just a euphemism for racism. “The arguments used by universities to justify disparate treatment based solely on race are grossly immoral and factually unsubstantiated. Schools claim they need affirmative action to achieve diversity, but that very statement is premised on a racist assumption that a student somehow brings something different to the campus based solely on that person’s race,” he says.

Color in the Cubicle

Have you ever been denied promotion while a lesser qualified co-worker got the job? Have you ever been passed over for a position because you didn’t fit the race criteria? If so, you have been a victim of reverse discrimination. It is illegal for a boss to make business decisions based on race or gender, but sometimes in an attempt to level the office playing field, that is exactly what occurs.  Although the law mandates that employers reasonably accommodate the religious practices of employees (U.S. Civil Rights Act of 1964), numerous violations continue to occur. In fact, in 2007, the Equal Employment Opportunity Commission received 2,541 religion-based complaints of employment discrimination.

Professor Janet Heller is an accomplishes author who has taught English and women’s studies courses at eight colleges and universities for 35 years. She recalls a job interview at an English department when a chairperson told her that the search committee wanted to fill the position with a person of color.  “Ironically, if I had gotten this job I would have been the only Jewish faculty member in that all-Christian department.  Hiring me would have provided a kind of diversity that would have benefitted the college, “she says.

The FDNY has long been accused of racism in their hiring process. They are the largest municipal fire department in the United States, in the most diverse city in the country, yet African Americans and Latinos only make up 7.4 percent of their firefighters.  After a lawsuit was filed in 2007 by the Vulcan Society of Black Firefighters, Judge Garaufis ruled that the FDNY’s entrance exams were flawed and accused them of intentionally keeping minorities out; they subsequently implemented a racial quota. The result? A double dropout rate and massive injuries on the job, causing much unrest within the FDNY. “I would not want anyone crawling down a smoke-filled hallway who was hired on a quota system,” says Trent Coppolo, a lieutenant in the Fire Department. Affirmative action in the FDNY has also awarded “seniority”to newly hired minorities.  In 2012, the situation boiled over and almost 200 white firefighters gathered outside the Federal District Court in Brooklyn to face Judge Garaufis and protest his rulings, which they deem “a perversion of justice,” according to an article published in Public Interest Law. A year later, an appeals court reversed many of the rulings, and the case settled in 2014.

It is no secret that Jews have a long history of being blacklisted at major universities.  After the wave of Jewish immigration that began in the 1800s, college administrators noticed the abundance of Jewish students at elite institutions. In 1900, 10 percent of Harvard’s freshman class was Jewish; by 1909 the number grew to 15 percent, according to an article in U.S. News and World Report titled “A Big Mess on Campus.”  Jews don’t qualify as minorities today because although they only make up two percent of the population, they account for 23 percent of the student body at Ivy League schools.  To curb the numbers, many colleges instituted reverse discrimination policies limiting the Jewish presence on their campuses.

Agencies that rely on public or federal funds are under great pressure to equal the playing field of equality, often at the expense of others. Professor Heller experienced this when she was required to fill out an application that questioned her commitment to Christianity.  When she tried to write a similar essay about her commitment to Judaism, the substitution was not allowed.  “This is blatant discrimination against Jews and other non-Christians by colleges that get federal funds to help support their educational goals.  I could understand such restrictions if I were applying to be a Christian chaplain or to teach Christianity, but I believe that an English professor should not have to be one denomination to teach literature, linguistics, composition, and creative writing successfully.  I feel strongly that such discriminatory colleges should not get any federal funds,” she says.

David D. Schein, the author of The Decline of America: 100 Years of Leadership Failures, has a 40-year career in employment law and HR consulting and training. He was also the manager of EEO/AAP for a major corporation. He explains that affirmative action measures do not balance workforces that are already dominated by Hispanics or blacks.

According to Adversity.net, a non-for profit civil rights organization, HUD (Department of Housing and Urban Development) has an aggressive minority hiring quota program.  A recent Office of Personnel Management report released shows that HUD has deliberately over-hired African-Americans.  White employees are routinely denied advancement within the agency. Recently, a class action lawsuit was against HUD for their anti-white discriminatory policies by The Center for Individual on behalf of three white plaintiffs and all others similarly situated.   Curt Levey, CIR’s director of legal and public affairs, noted that the percentage of minority employees in the various federal agencies averages about twice their proportion in the labor pool. Nonetheless, he said, “the EEOC requires each of these agencies to implement affirmative action plans aimed at minorities and women.”

Schein, who is Jewish, observed overt and systemic discrimination against Jews in areas such as the energy industry. “The concern by these companies is not to offend the partner companies in the Middle East. Such preferences are illegal but difficult to prove. “Generally, the likelihood of overt discrimination against Jewish persons is lessening in the industry due to social standards,” he explains.

The Future of Affirmative Action

For years there has been an ongoing conversation debating the relevance of affirmative action in today’s diverse society. Pablo Solomon would like to see the policy abolished in his hopes that the country can return to honest capitalism, individual freedom, and individual responsibility. Despite the fact that the Supreme Court ruled this past summer in favor of race-conscious admissions programs (Fisher v University of Texas, No. 14-981), signs point to a shift in policy. Attorney Scott Behran, who specializes in employment law, points out that it was a close decision and that they will be waiting for the next case to move away from affirmative action.

Let’s hope that by the time my children are ready for their first job fair, that they will be judged on their qualifications and character and not by their kippah.

The topic of reverse affirmative action has been steadily spiking in Google trend searches for the last few months. 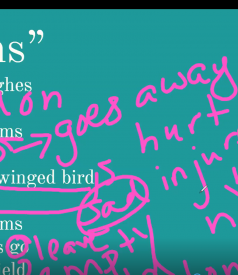 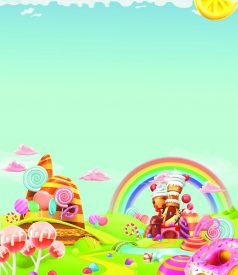