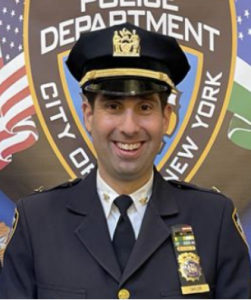 Richie Taylor, a 16-year veteran of the NYPD was promoted last month to the rank of inspector. Richard grew up in Brooklyn, attending the Yeshiva of Manhattan Beach and Touro College. In the course of his career, he rose in rank from police officer to sergeant, lieutenant, captain, and deputy inspector. He has served in 10 different commands throughout the Big Apple and was awarded the Precinct Cop of the Month Award in 2016 while assigned to the 61st Precinct for making a solo firearm arrest. He lives in Marine Park with his wife and five children.

Bikur Cholim – Guardians of the Sick- held its annual dinner last month under the direction of Chairman Shlomo Werdiger and CEO Rabbi Avi Fishoff. The Ahavas Chesed award was presented to the Salamon family. Other honorees include the Rosenberg family, Mrs. Frieda Langsam, Feivel and Mayer Yehuda Grunwald, Dr. Scott Chudnoff of Maimonides Medical Center, and the Jankelovits, Lustig, and Tepfer families. Established in 1953 by Holocaust survivors, the

Guardians of the Sick assist the ill and needy with financial assistance, emotional

On Motzoei Shabbos, Parashas Vayechi, the National Association of Chevra Kadisha (NASCK) streamlined a two-hour program titled “It’s All About Life!: Here + Hereafter,” hosted by Rabbi Paysach Krohn and moderated by Rabbi Yitzchok Hisiger. The program that was graced by the music of Rabbi Baruch Levine and tackled difficult but necessary topics. It included presentations by Rabbi Ron Yitzchok Eisenman, Dr. Howard Lebowitz, Rabbi Mordechai Willig, and Rabbi Elchanan Zohn on subjects including life insurance, life under attack, caring for aging parents, and fighting for kevuras Yisrael. A documentary entitled “The Cremation Tragedy: Can We Stop It?” was presented. The program can be viewed by clicking shabbosvayechi.org. 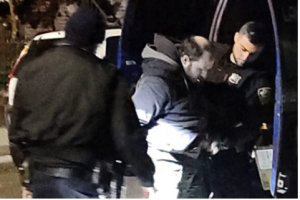 Police officers, with the help of Flatbush Shomrim volunteers, recently arrested four men suspected of stealing packages left in front of homes and a fifth suspect who attempted to steal a car. Shomrim received numerous reports of a van that was circling around Avenue W near East Third Street and using thieves to snatch packages. After spotting the van, Shomrim called the police who arrested the thieves and found that the van was loaded with packages and other mail. In a related arrest, a young suspect was arrested, believed to have broken into the same shul on three separate occasions within a two-week period stealing hundreds of dollars each time from a pushke.

Newly elected New York City Comptroller Brad Lander recently said that he intends to pressure private schools including yeshivos and Bais Yaakovs to institute a higher-level secular studies curriculum. He declared, “State law is very clear that all schools, including private and parochial schools, have an obligation to deliver substantially comparable and competent secular education, especially where the city is contracting with those schools for transportation and books.” Lander argued that as comptroller he has an obligation to make sure that educational obligations are being met.

Roberto and Elana Birman of New York are suing American Airlines for throwing them off a plane that was to return them home after a visit to Miami in August. They were evicted from their seats for refusing to place Mr. Birman’s tallis bag under his seat. He had originally placed it in the overhead bin. Before takeoff, an American Airlines flight attendant took the tallis bag and asked whose it was. After Mr. Birman responded that it belonged to him, the flight attendant threw it on his lap and insisted that it be placed under the seat. Mr. Birman tried to explain that as an Orthodox Jew he was not allowed to put a holy item on the floor. The flight attendant began screaming and shortly thereafter a ground crew member came onboard and ordered the couple to exit. Deeply humiliated, they recently obtained the services of attorney Bradley Gerstman. Mayor De Blasio tweeted upon learning of incident: “This is an outrageous insult. Just tremendous disrespect to our entire Jewish community. American Airlines, you owe the Birmans a real apology.”

Agudath Israel Expresses Appreciation That Women’s Draft Has Been Deleted 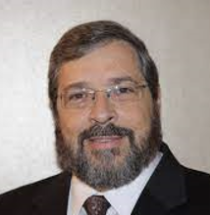 The Agudath Israel of America was pleased to announce that a provision in next year’s national defense bill that would have required women in the United States to register for a military draft is no longer on the table. Such registration might have been used to mobilize female draftees into the military, which is an unacceptable option for young women in the Orthodox Jewish community. Rabbi Abba Cohen, the Agudath Israel of America’s liaison to federal government employees and elected officials said, “A generalized requirement for women to register for the draft – without any hint or mention of a religious exemption – would be highly objectionable. Indeed, it is likely that large numbers of these women would not register and possibly be subject to some form of sanction.” Prior to the decision to drop the provision mandating women to register for a military draft, Rabbi Cohen was actively lobbying members of the Biden administration for their opposition. 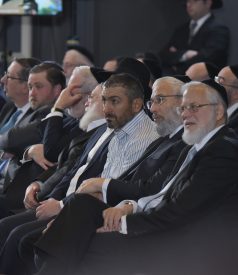